How SlicingDice simplified their API documentation
with interactive demos

Store and query billions of data points, without any infrastructure

SlicingDice, a Data Warehouse and Analytics Database-as-a-Service, came about as a result of personal necessity.

Simbiose Ventures is a Brazilian startup studio that builds and invests in data-intensive processing platforms. One of their earliest products was a self-built data management platform (DMP) that would allow global enterprise businesses, marketers, and publishers to collect and aggregate data about their users from multiple sources. It is a fairly simple sounding concept, but technically demanding to implement. The platform needs to be able to collect, process, and update massive amounts of data from hundreds of sources. Users of the platform are then able to 'slice and dice' this data according to their own needs, in order to create user segments, etc. Each segment can be made up of dozens of queries, but users still expect each query to be completed in fractions of a second.

Within two years of first starting work on the DMP they were processing around 15 billion events each month, and their clients had collected more than 200 billion data points. They had tried using a variety of existing big data solutions, but each had its own limitations: not quite right, too complex to manage, or simply too expensive. So the Simbiose team set about building their own solution: SlicingDice.

The team spent just 90-days working on the initial release, but it was only a year - and much fine-tuning - later that they realised that other companies could also benefit from this solution. Companies that have huge amounts of data, and need to perform complex analytical queries, without having to create their own data warehouse.

And now SlicingDice is no longer an internal tool for Simbiose Ventures, but also a standalone product used by companies around the globe for everything from storing and analysing data from internet-enabled devices, to website and game analytics, and more. 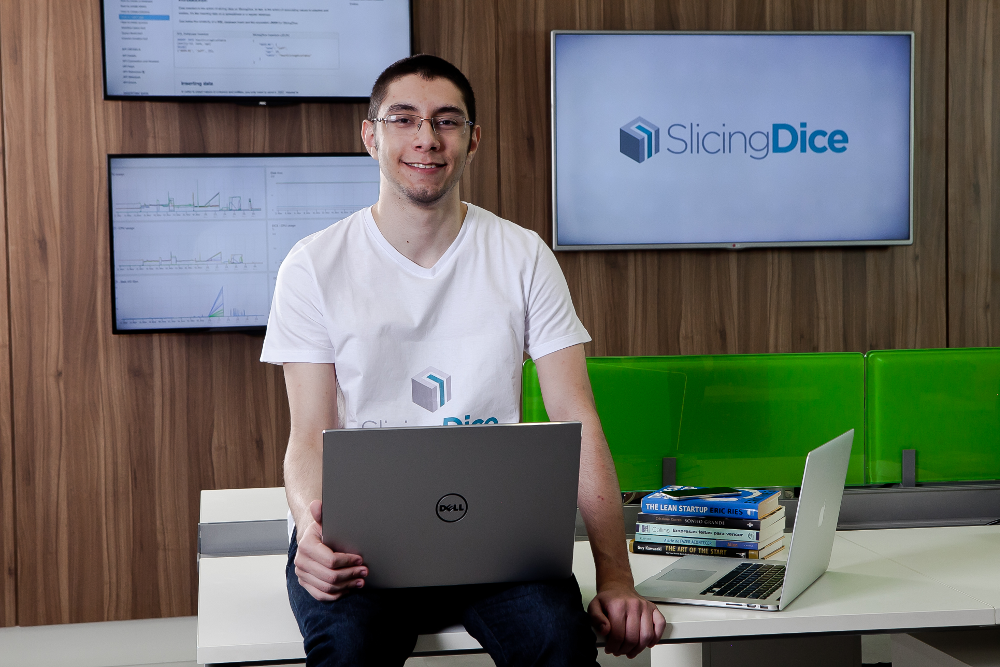 The entire team behind SlicingDice are developers, which meant they had a strong appreciation of the value of well-documented APIs. The best documentation reduces the amount of friction involved in understanding and integrating the API. You want your users to be spending their time building their product, not lost in your documentation. This meant that the team had to find the perfect solution to documenting their API in a way that would make it simple and fast for both novice developers and experience developers to get started with the platform.

But they also did not want to have to spend weeks developing their own custom solution to this challenge. 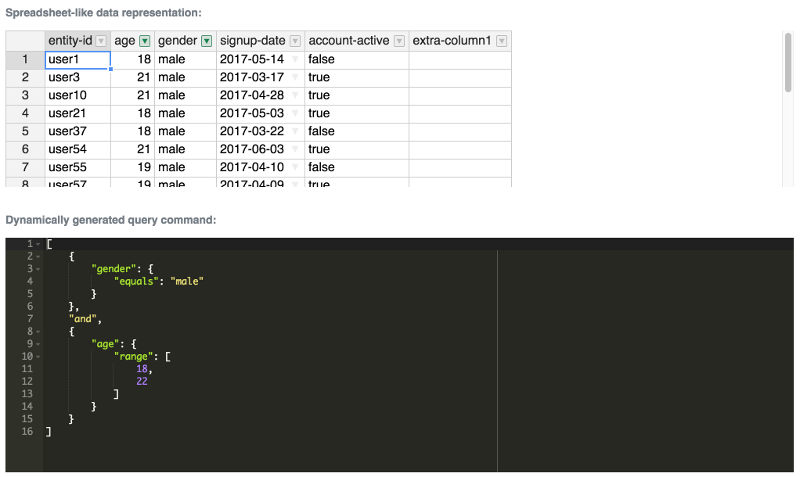 The team was drawn to the idea of using a spreadsheet-like demo that would allow developers to interact with it, enabling them to see just how easy it is to insert and query data using SlicingDice. Most people have fairly good knowledge of how spreadsheets work, so it would make the demos in the API documentation much more accessible.

Since they already knew they did not want to have to create their own custom solution to this, they looked at various open-source libraries that included spreadsheet-like elements. But they also did not want to implement a purely open-source solution that risked being abandoned. What convinced them to use Handsontable in their API documentation was the quality of the company’s own documentation, along with the support response speed, and the availability of a commercial version of the software. And their efforts have not gone unnoticed, with one developer commenting:

I'm amazed that no other API-based database company though about using a spreadsheet to explain how their API works. These tools looks simpler, but are still impressive, and clearly demonstrate how much you guys are committed to making things easier and simpler for developers. 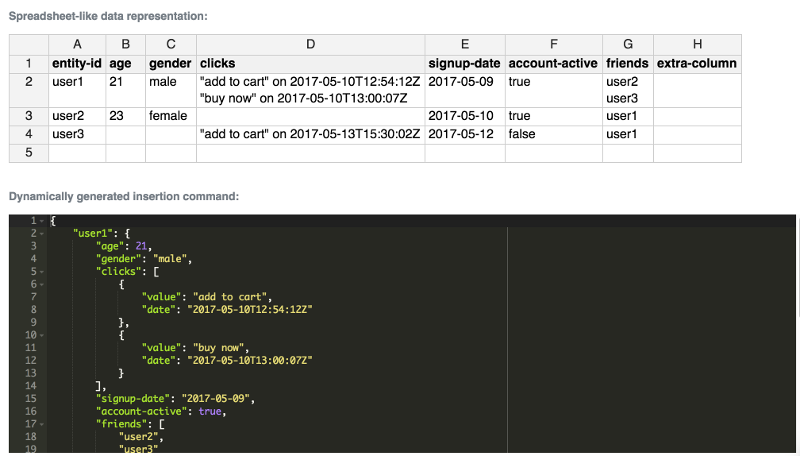 Through the inclusion of Handsontable in their documentation, the team was able to add three demo tools that essentially showed interested developers that if they know how to use a spreadsheet, they also know how to use the SlicingDice API. The three demo tools show how easy it is to insert data, create queries, and create columns using the platform, and they were all created in less than three days. The team are not only impressed with the development flexibility that comes with using Handsontable, but also the amazing documentation and customer support.

Unless you need a spreadsheet that also sings and flies, don't go about reinventing the wheel. Simply use Handsontable; it's definitely worth the time and value.

The team now plan on incorporating Handsontable wherever possible on the SlicingDice platform, with the first step being to use Handsontable to display customer data in the control panel. Currently customers can only see the API responses in JSON format, but the team hope to make this data available in a spreadsheet-like interface, using Handsontable. 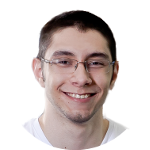