Streamlining a complex manual process with a user-friendly app

Panthea is a company operating within the performing arts industry, with offices in Berlin and Paris. They do script translation for theater and operas, creating the surtitles that are displayed on a screen above the stage or on mobile devices.

They offer a full service option: going to the theaters, getting the script, breaking it down, and creating the content. Then, during the performance, an operator activates the right title at the right moment.

They also offer a license for their software, Spectitular, which a theater can use to create and operate their own content. It's available as a SaaS solution and a desktop app that allows hosting the content in multiple languages. 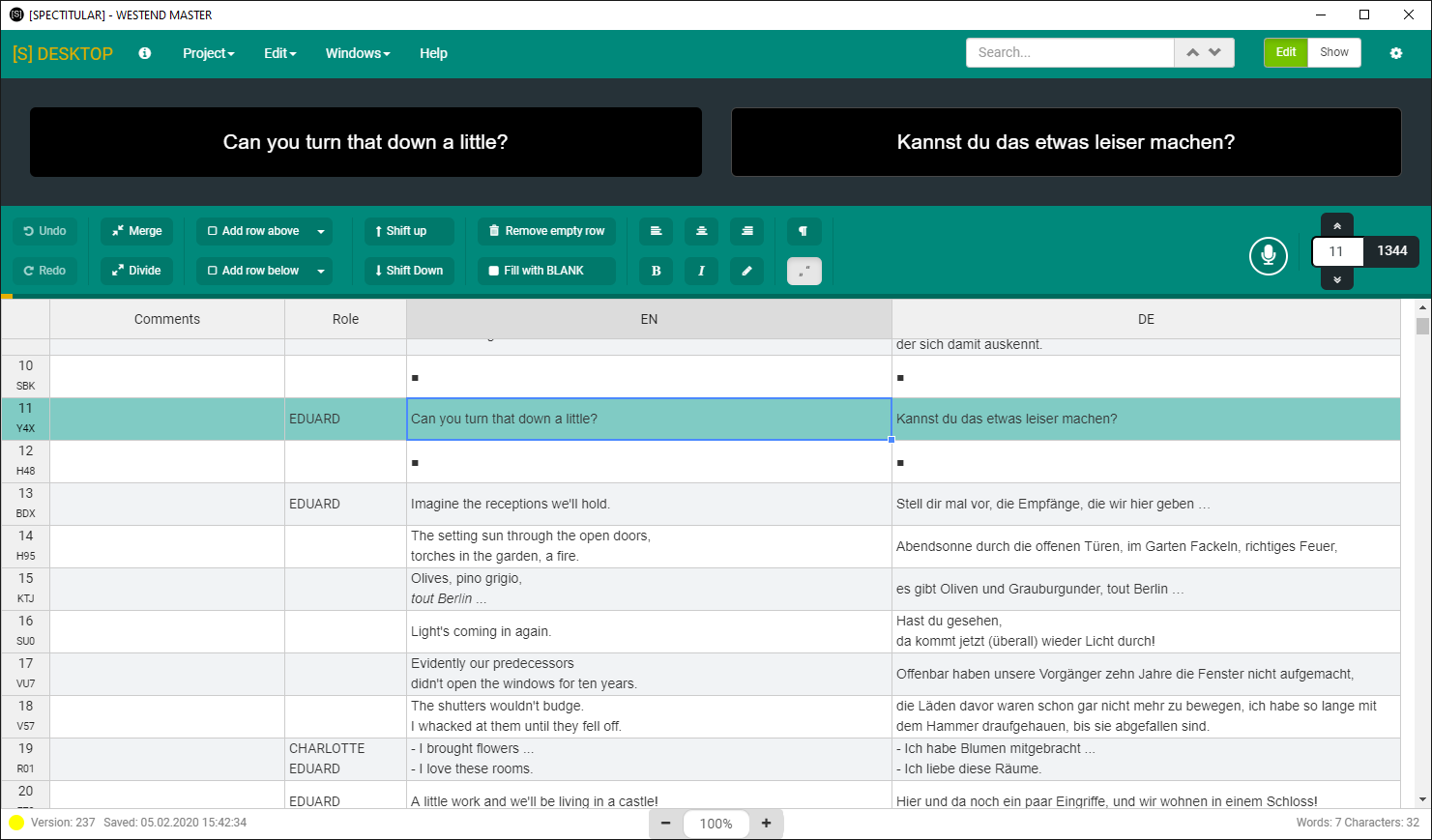 Panthea created Spectitular to cater to the specific needs of surtitle creators. They wanted to provide their app as an online service, as it was much more convenient to have users log in and do their work.

Before creating Spectitular, they used PowerPoint for the whole content creation and operation process, but it had many limitations, including:

As their vision for Spectitular was to have a table-like structure, they set out to find a JavaScript data grid that was the right match. Their quest didn't last very long though. Handsontable was one of the first libraries they tested – and the last one, as it turned out to be the perfect fit. 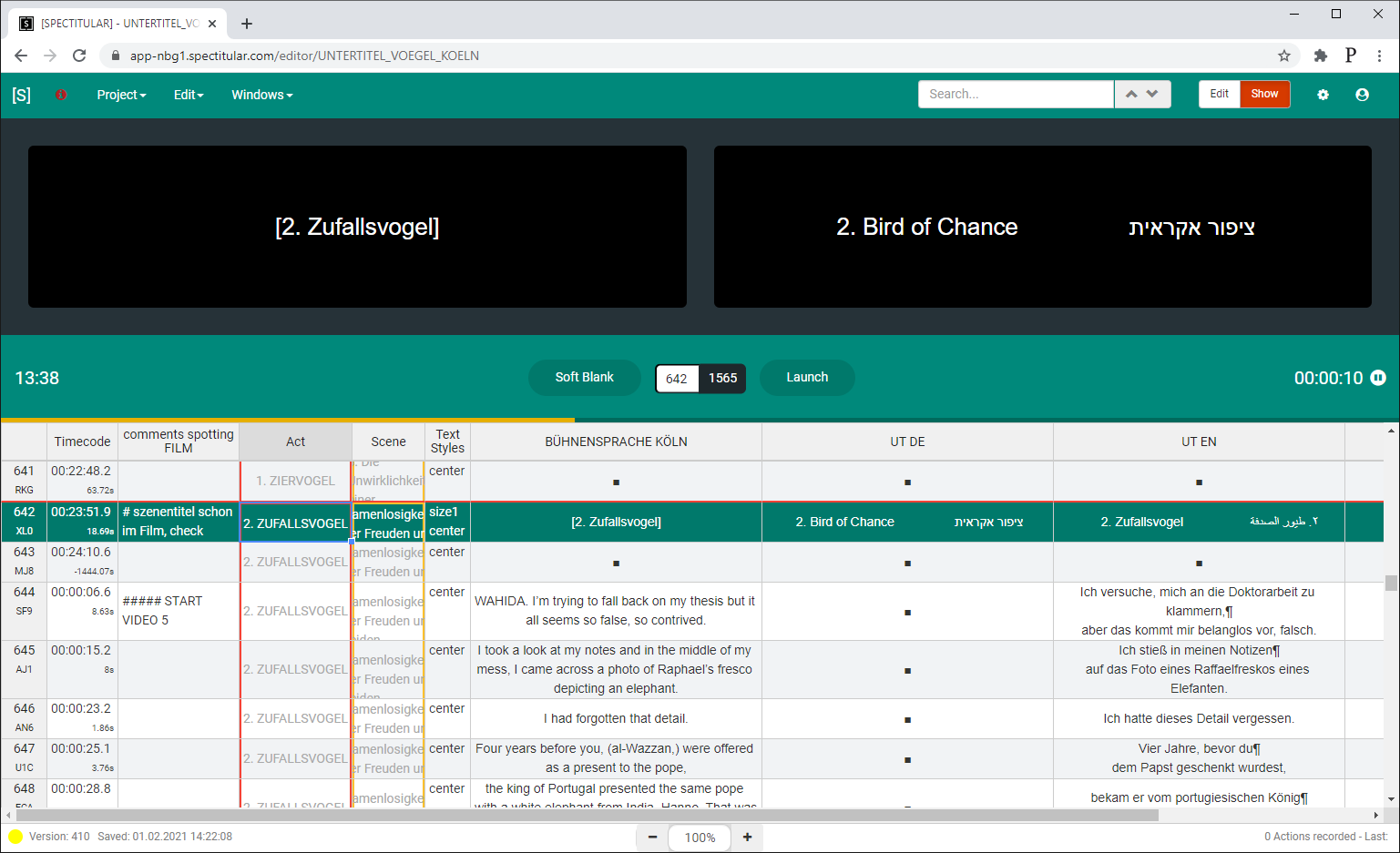 The creation of Spectitular, like a heroic knight slaying a deadly dragon, removed their challenges in one fell swoop:

The most valuable feature Spectitular provides is the ability to store all necessary information in a table. This makes data transfer between the app and other software easy and allows for intuitive, comprehensive actions.

Another important feature is the ability to move between filled cells through the use of a custom renderer. It's extremely convenient for when content creators are in a rehearsal and have to move quickly between acts or scenes. They can do that using cell anchors created with this feature. 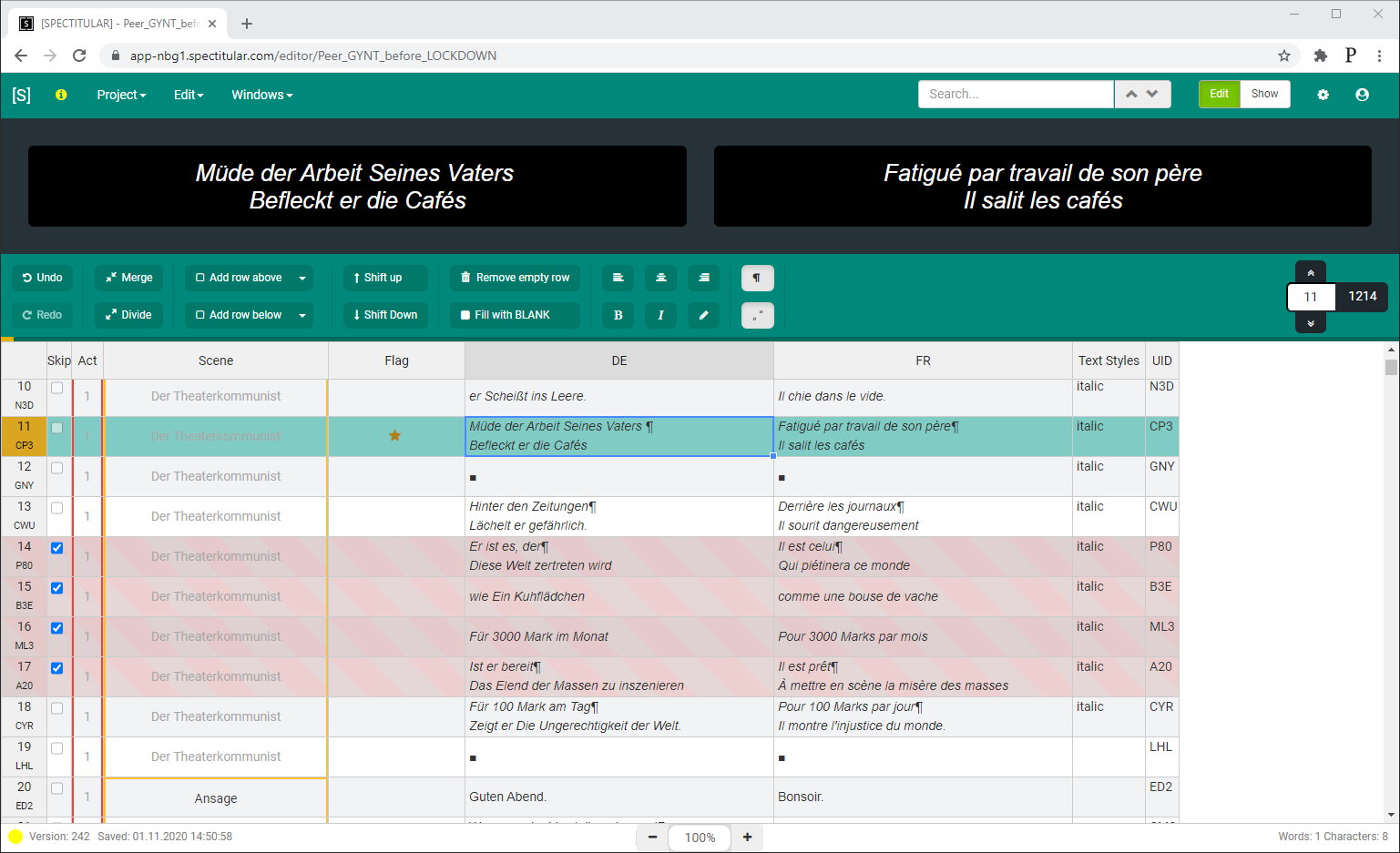 The Result: A market-leading collaborative tool for surtitle creation

The app is ultra flexible, allowing every user to find their own perfect workflow. The people who break the script down, the translators, and the operators all have the chance to customize their own perfect toolset. They can use it exactly the way they need it.

Implementing Handsontable allowed Panthea to create an app that has proven extremely useful in streamlining the complex content creation process. So useful that apart from using it themselves, they can now offer it to other content creators and theaters, opening up another revenue stream.

Many of their customers say that Spectitular is one of the best - if not the best - apps in its field.

Use the interactive examples on the Handsontable website and play with its potential, you'll love it.

Panthea is constantly improving Spectitular. Kristian Kamph, the company's CTO, says their recent switch to the latest version of Handsontable has brought many more possibilities to plan the future development of the app.

They also love the fact that Handsontable has wrappers for React, Vue, and Angular:

"We plan on moving more of the architecture towards Vue.js so it's definitely a benefit that Handsontable's also moving with the technical development that's happening out there."

Theater All Inclusive from Panthea Spectitular on Vimeo.