Spreadsheets turned into apps in minutes, with zero coding

Overview: The Open as App platform

Open as App's enables individuals and companies to build apps based on Microsoft Excel files. With non-programmers in mind, Open as App has developed its platform to overcome the limitations of Excel, especially when it comes to the spreadsheet's mobile usability.

The platform empowers anyone who has an Excel file and is fluent in data and spreadsheets to build a customized app and manage user access. All with absolutely no coding skills or a software development team.

The platform's features include: 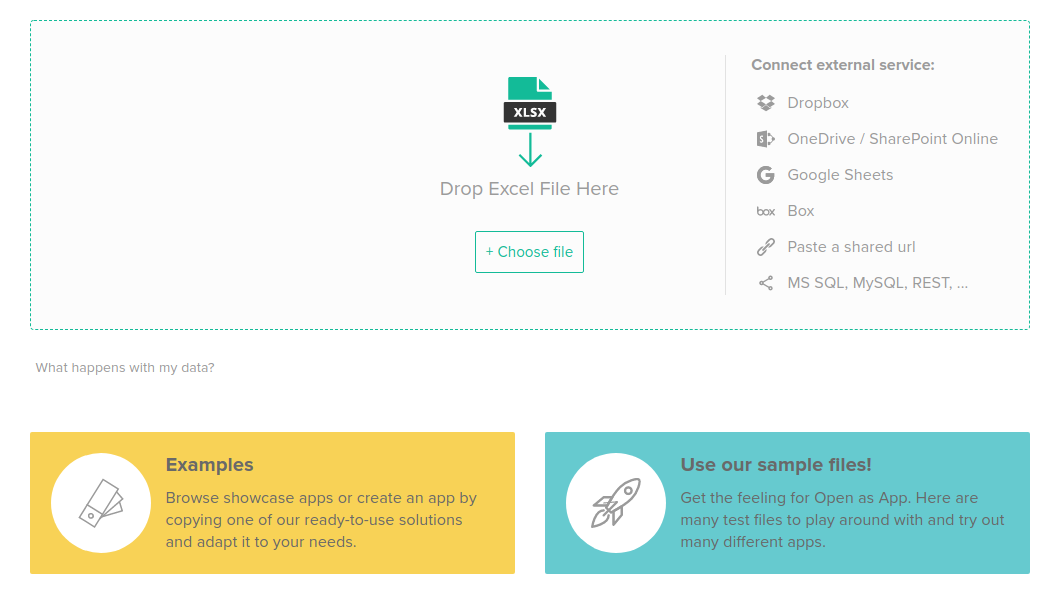 Open as App is used by companies in different industries and for various purposes. But their typical customers are banks, insurance companies, and consulting firms – businesses that perform huge volumes of calculations daily, and want to make their data more useful by making it mobile.

While Excel is generally their first choice, it has its limitations away from the desktop environment. Sending out Excel files to employees can also eventually lead to security concerns. You never know if a file has left the company or if your data has reached your competitors.

Ultimately, Open as App customers want a solution that's as useful as Excel in managing data, but without its drawbacks. Their first idea is often to create their own app. If they decide to do it in-house, communicating the users' needs to the IT department can be challenging. If they outsource it to an external software development company, they also need additional time and a bigger budget.

Open as App resolves these challenges by delivering a no-code development platform where customers can create their own app using their existing data and share it with others. This means the person who created the Excel-based tool can build the app all by themselves.

Because the app is built around a data set, hiding the Excel file under the hood, the solution is highly secure. You have full control over data access - you can grant it to people who need it and easily revoke it whenever necessary. Which is not so easy to do when you send out Excel files. 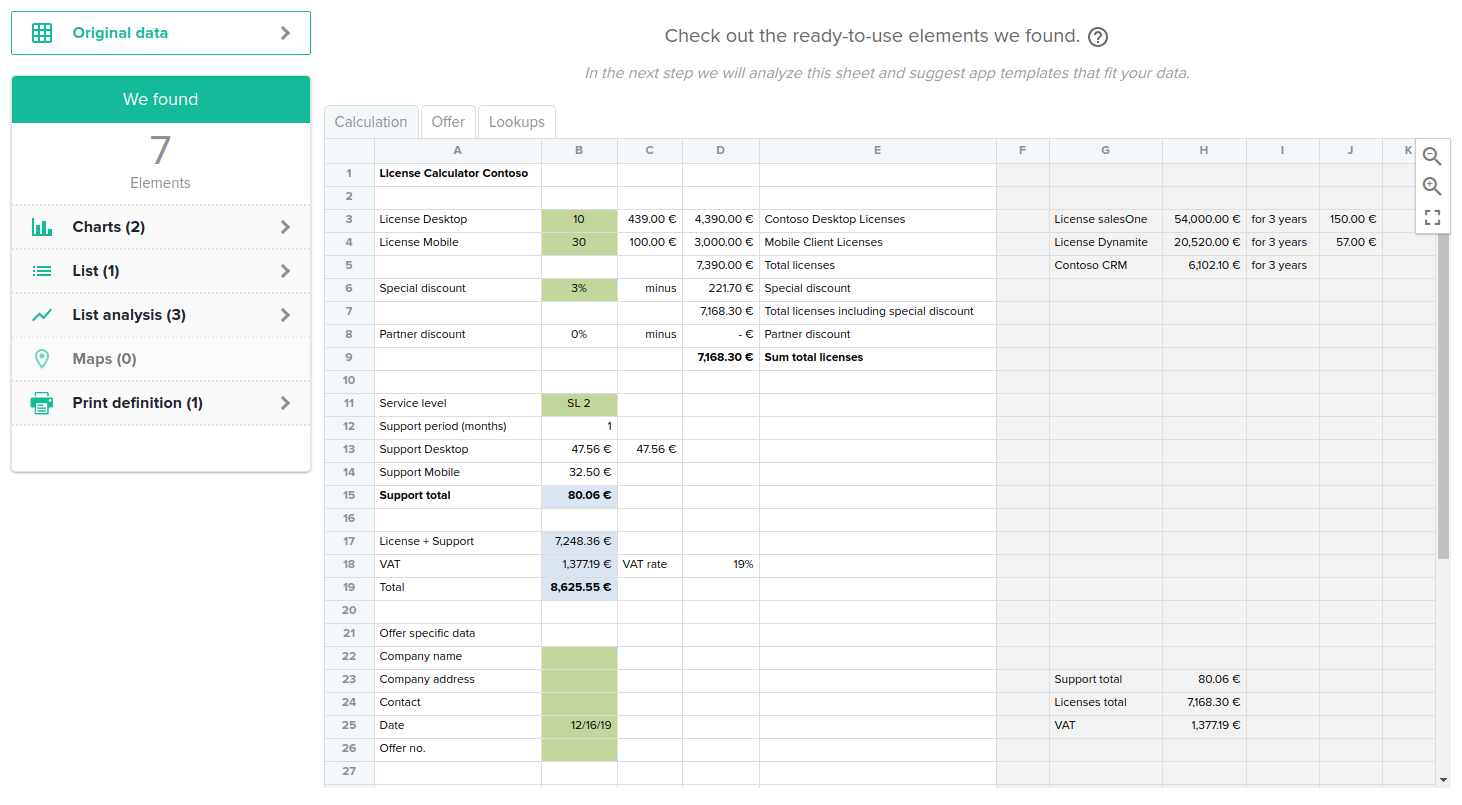 Because the Open as App customer base is so diverse and Excel files can get rather large, the platform needs great performance from a professional data grid tool. Something that makes it possible to create usable apps for a large variety of use cases, offering:

And this is where Handsontable provides Open as App with everything they need.

Along with cross-browser compatibility and touch interaction, the JavaScript grid works nicely on all the devices Open as App targets. Whatever the requirement, Handsontable has them covered.

We have a list of competitors and there are some showstoppers with each of them. We haven't faced a showstopper yet with Handsontable.

The Result: Apps built in minutes, not months

Anyone can create an app with the Open as App platform, so there's no need for IT involvement. This means businesses save both time and money, not to mention other benefits:

One notable success story comes from one of the biggest Open as App customers. Before working with the platform, the client had hired a development company to create an app based on their Excel pricing tool.

The app took three months to build, and the initial cost was $50,000. With Open as App, they built it themselves in 15 minutes, with the same functionality.

With all the possibilities the platform opens up, it's no wonder that surprise and excitement are common user reactions. Like that of one boss who watched his employee build an app in five minutes, and when he saw he could immediately use it on his phone, he went to eagerly build his own app. 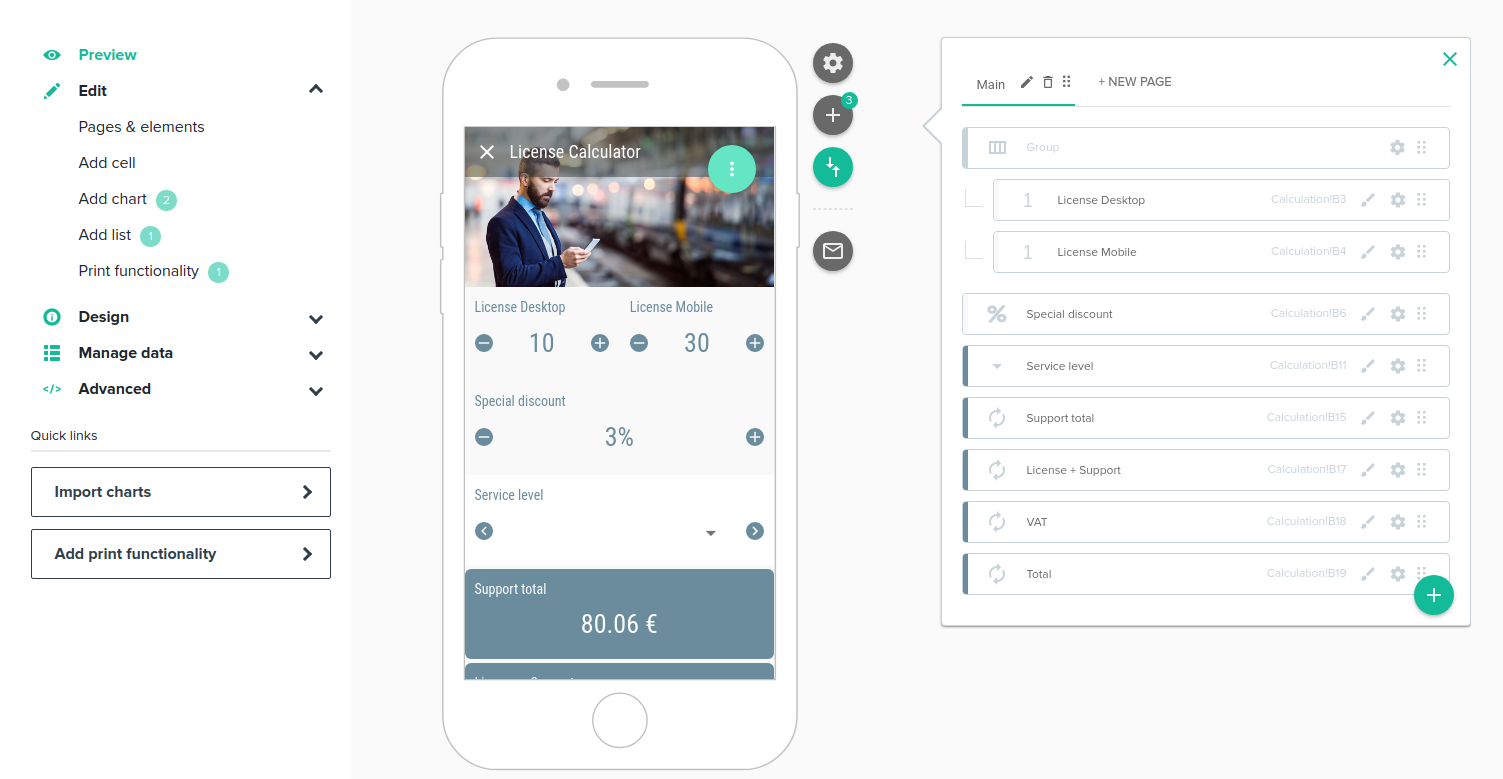 According to Open as App, having an extremely reliable data grid is priceless. Handsontable gives them the peace of mind to focus on their core business without other headaches. They recommend Handsontable as a high-performing and customizable solution offering excellent presentation and interaction elements.

The company's focused on automating the platform even more, helping it understand more structures, and offering more app options. They plan to continue simplifying the building process to the point where truly anyone who'd like to build their own app can easily do it, no coding skills necessary.

Senior Developer
at Open as App