How Labstep is innovating the scientific documentation procedure

Research, discovery and collaboration, all in one place

In late 2013, dissatisfied with the protocol repositories and electronic lab notebook (ELN) solutions available to research scientists at the time, Jake Schofield and Jan Domanski set about creating Labstep. With both of them having a background in Biomedical Science and Biochemistry, they were able to work on a technological solution that addressed problems they both had first-hand experience with.

Jake and Jan both felt that the way scientific research is documented hadn’t changed much in decades, still being largely pen and paper based. Detailed written protocols are required when designing and implementing experiments in a laboratory, and these protocols wouldn't only list the equipment needed, but also the actions taken, the order in which they are performed, safety precautions, the calculation of results, and statistical analysis. One of the purposes of protocols is to ensure there is a documented method for other scientists to follow in replicating the results, and also for the purpose of assessment through peer review. A non-scientific way of looking at it would be to see protocols as being similar to a recipe you would follow when baking or cooking. However, if protocols are scribbled in a notebook, they aren't accessible to scientists in other laboratories unless they are shared.

Labstep, being a web app, enables scientists to digitally record their experiments and the protocols, creating a timeline of all their activities, and making it much easier to share with other scientists and laboratories. The web app was soft-launched in 2015, and since then Labstep has gone on to complete four funding rounds, grown to more than 10 employees, and become a trusted solution by scientists in more than 600 leading universities around the world. The stated goal is for access to – and use of – Labstep to always remain free for academia, with the startup monetizing the product by licensing it for commercial use by companies, and they already have a number of biotech companies using Labstep.

The Labstep team’s initial approach to this was to develop the table builder feature from scratch, but this quickly turned out to be far from an ideal approach, with early users quickly pointing out limitations of the homegrown solution. And ongoing development and improvements to the web app as a whole would be impaired if the team continued to spend time on fixing the table builder feature. 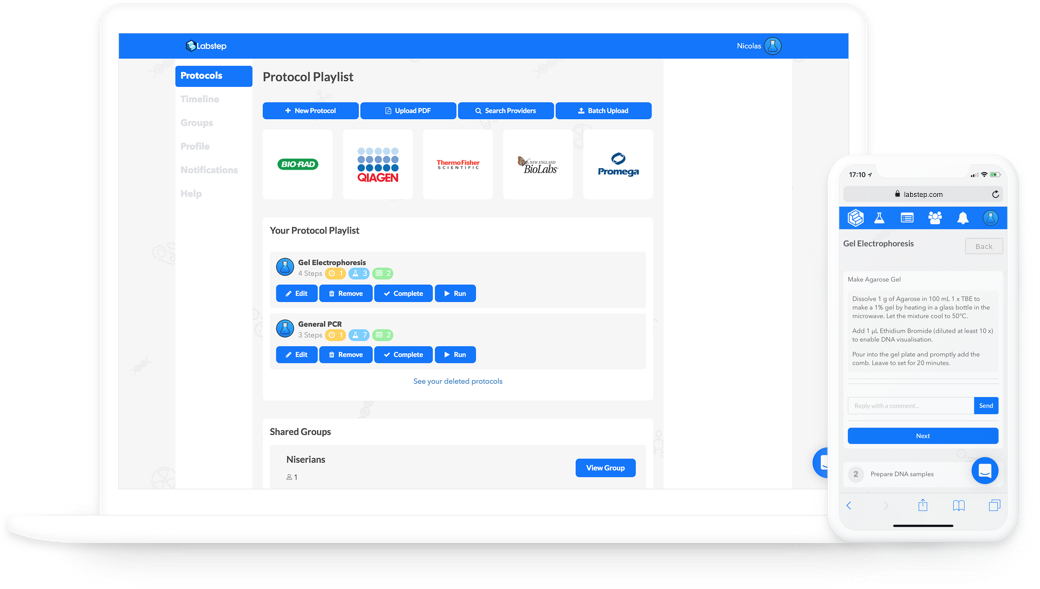 What Labstep users wanted from the table builder feature was a Word and Excel-like hybrid: they wanted to be able to easily add and remove rows and columns, as is possible with tables in Word, but it also had to allow Excel-like formulas that update automatically.

At Labstep we’re not suffering from “not made here syndrome” and are happy to use third-party vendors. Especially when the issues we report are responded to promptly – it’s important to be backing a well-maintained open-source solution.

While the team had no problem finding pre-built solutions, they ultimately decided on Handsontable, which they found to be far superior to other solutions in offering them exactly what they needed, and more. And since Labstep is entirely React based, it was extremely important that any third-party solution they used was able to be integrated without the need for additional development, something the Handsontable for React wrapper made possible

Handsontable's rise to the top of their shortlist was swift. First through the extensive availability of high-quality demos on their website, which perfectly showcase capabilities, and then through the inclusion of a fresh and responsive user interface. 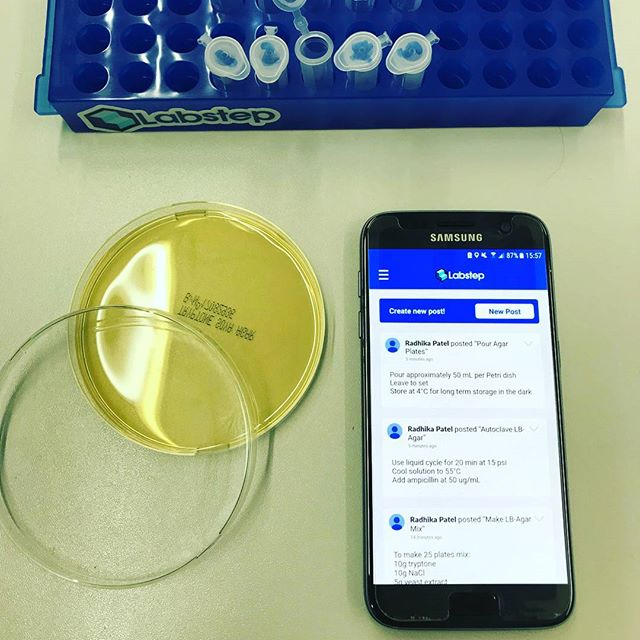 [...] an important thing is customizability. With Handsontable we could hook into the API events and do custom validation of our own desire. Handsontable is well documented with a nice API sandbox. Adding and removing columns/rows may sound like an obvious thing but we really like it too!

Jake, Labstep’s CEO, and Jan, the CTO, would love to see scientists like themselves being more productive and creative, and with them both making it onto the Forbes Europe '30 under 30' 2018 feature for Science and Healthcare, it certainly seems they're on their way to achieving this.