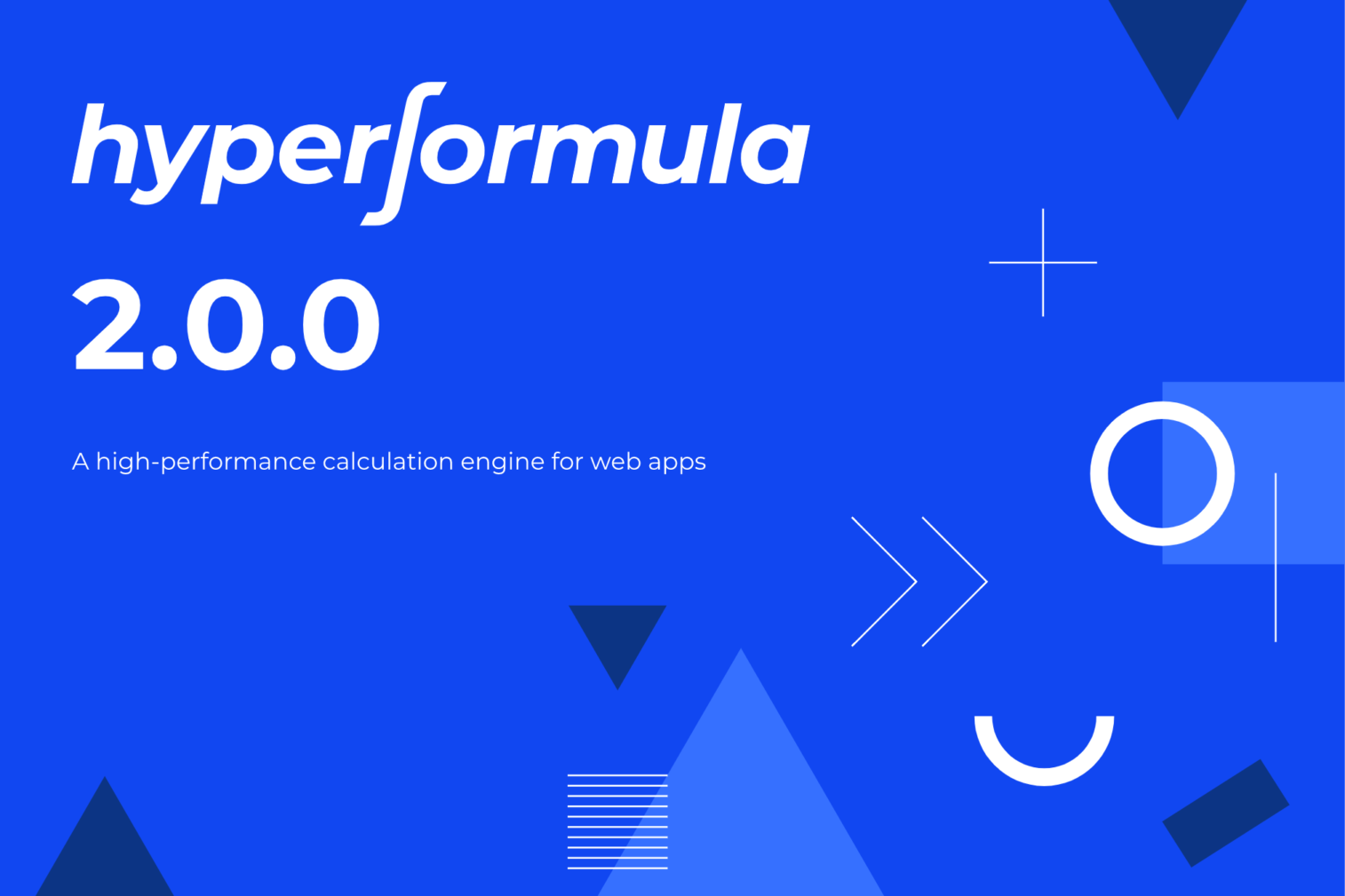 HyperFormula 2.0.0 is here! This version adds support for reversed ranges, lets you expand the scope of whitespace characters allowed, drops the GPU.js dependency, and improves the behavior of the RATE function.

From the formula authoring perspective, reversed ranges are the most important feature of this release.

So far, you could reference a range of cells in only one, ascending direction, for example:

Starting with HyperFormula 2.0.0, you can reference ranges in any direction. The table below shows a few examples of reversed ranges allowed:

This feature complies with the OpenFormula standard.

HyperFormula 2.0.0 lets you easily expand the scope of whitespace characters allowed within formulas.

By default, HyperFormula is compliant with the OpenFormula standard in this respect. This means that the only whitespace characters allowed are the following:

Starting with HyperFormula 2.0.0, you can also allow all types of whitespace characters captured by JavaScript’s  \s character class. Just set the new ignoreWhiteSpace configuration option to 'any':

For example, with ignoreWhiteSpace set to 'any', you can use non-breaking spaces within your formulas, without getting an error.

When releasing HyperFormula 1.2.0 back in September 2021, we removed GPU.js from optional dependencies, and marked the gpujs and  gpuMode configuration options as deprecated (to learn more, see the HyperFormula 1.2.0 release blog).

With HyperFormula 2.0.0, it’s time to remove the GPU.js dependency and its options entirely. While having a negligible impact on HyperFormula’s performance (and only in some rare use cases), this decision significantly shortens the installation time.

Using GPU.js was a successful experiment to speed up the calculation time of some functions (MMULT, MAXPOOL, MEDIANPOOL, and TRANSPOSE) used with very large data sets. For all users who need the GPU acceleration in their projects, it’s still available in HyperFormula 1.0.0.

HyperFormula 2.0.0 improves the behavior of the RATE function, by adjusting its approximation level and the maximum number of iterations.

We also updated the HyperFormula documentation, adding some new content (e.g., a new section on ranges), clearing up inconsistent terminology, improving the API reference, and more.