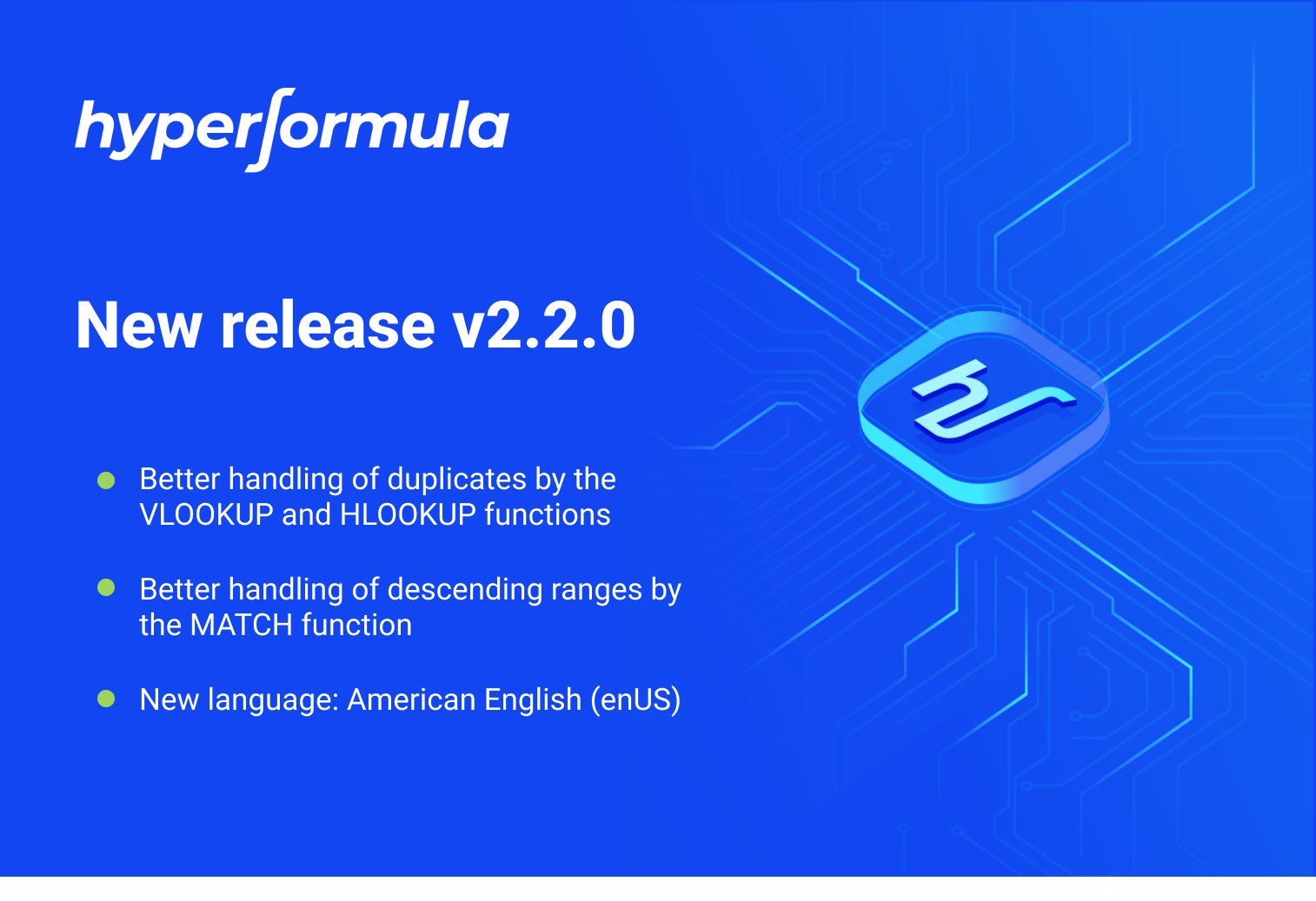 We’ve just released HyperFormula 2.2.0. This version adds the enUS language alias, improves the behavior of a few functions, and expands the documentation about importing files and HyperFormula’s internationalization features.

To make it easier for you to match the locale expectations of your US users, we’re adding a new language pack: enUS. It contains the same translations of function names and errors as the existing enGB language pack, but you don’t have to think if enGB matches your expectations anymore – you can just set:

Now, they behave exactly as specified in the standard.

Apart from adding the new internationalization guide, we prepared a new page on importing XLSX and CSV files, with an example of integrating HyperFormula with ExcelJS. We hope it helps, and we’re planning to add more examples in the future.