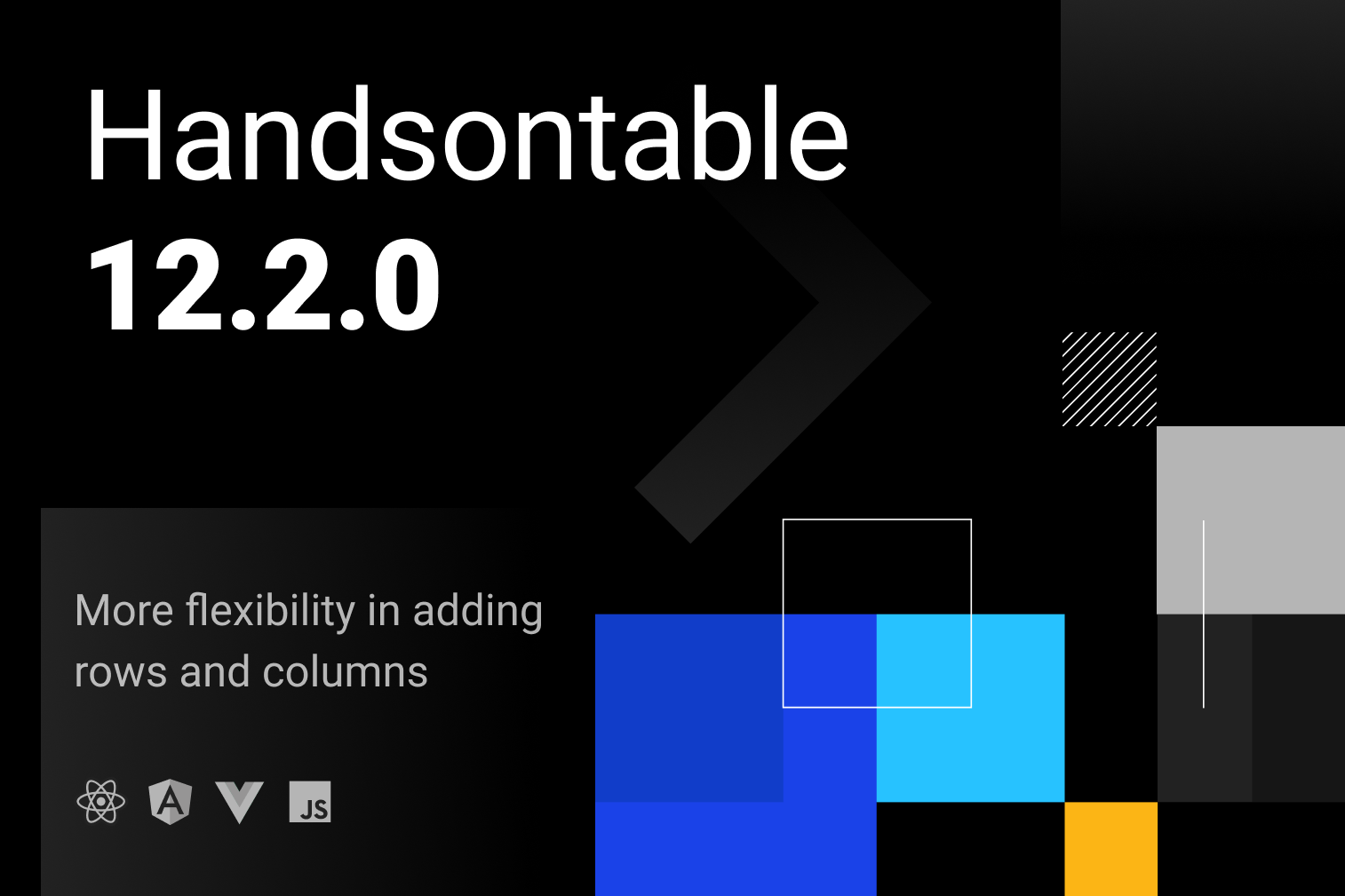 New actions of the alter() method

Handsontable’s alter() method has always been a great way to alter your grid’s structure by adding or removing rows and columns.

Starting with Handsontable 12.2.0, those actions are:

As you can see, you’re no longer limited to adding columns before a specified column – you can add columns after it as well. The same goes for rows.

The 'insert_row' and 'insert_col' parameters are marked as deprecated and are still available for backward compatibility. They work the same as 'insert_row_above' and 'insert_col_start', respectively, with one exception – when you call them with no arguments:

For a detailed description of the alter() method, see Handsontable’s API reference.

Release notes: what we removed