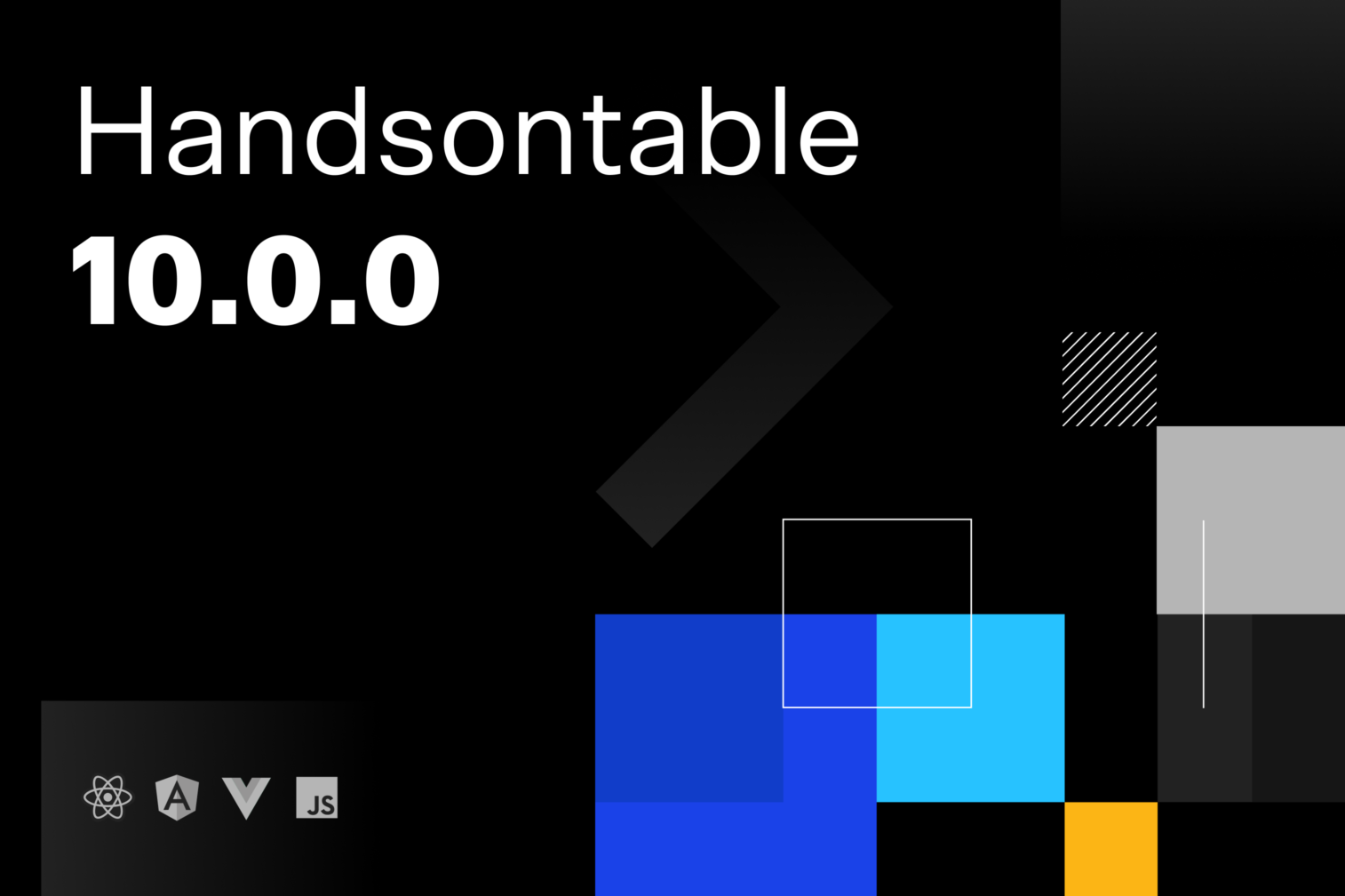 To achieve this, we introduced an additional cache layer that gets cleared once every slow render cycle. It worked like a charm: 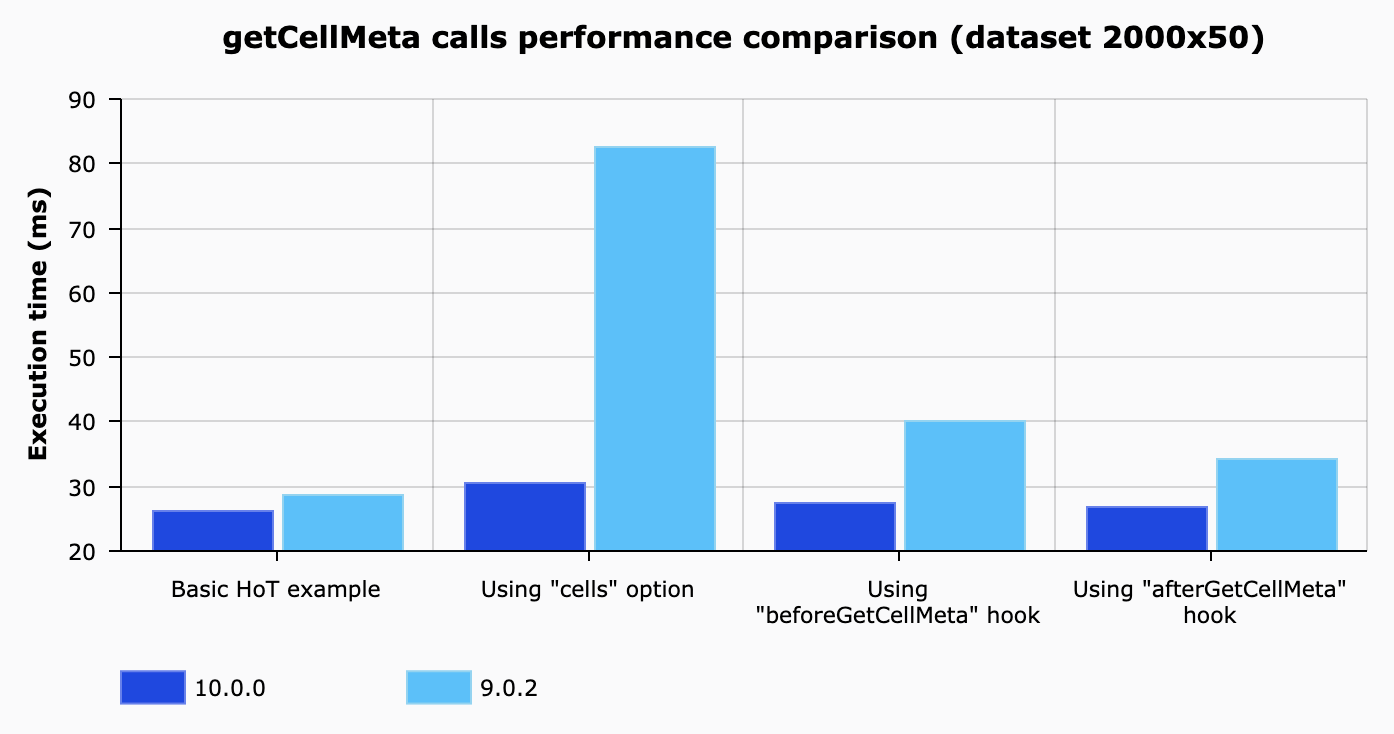 As you can see, the exact performance gain depends on whether you’re using the cells configuration option, the beforeGetCellMeta hook, and/or the afterGetCellMeta hook:

We also tested calling getCellMeta() on data sets of different sizes, and the results are great: 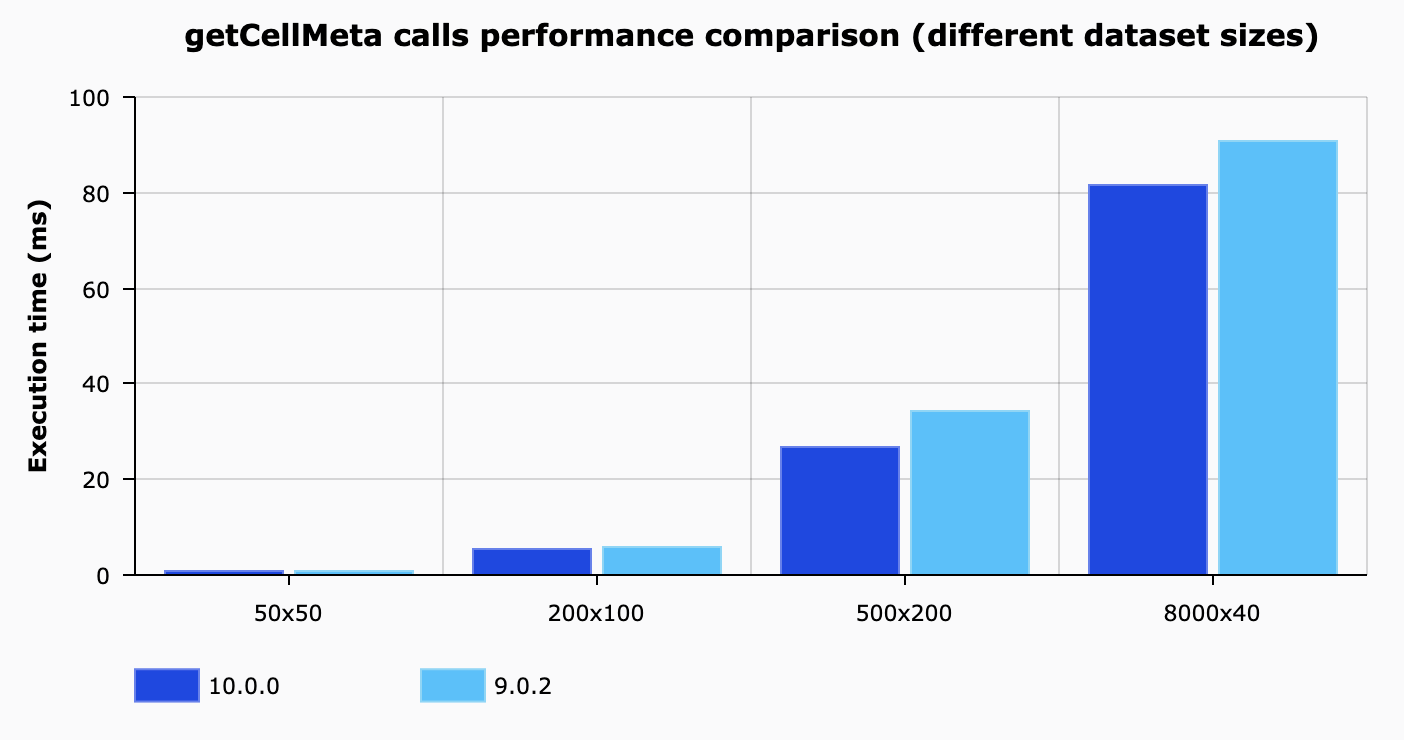 With some caveats, it’s fair to say that the bigger your data set, and the more complicated your cells logic, the bigger the performance boost!

For more details about the getCellMeta() changes, see this pull request.

While working on the getCellMeta() cache layer, we noticed an inconsistency in some of the related hooks: beforeRender and afterRender. To clear things out, we decided to rename them, and add two new hooks along the way:

The bottom line is that now Handsontable installs faster, whether you’re using HyperFormula or not.

After close consideration, we decided to change a few of Handsontable’s default configuration options.

Second, we changed the default values for the autoWrapRow and autoWrapCol options, from true to false. This is to prevent accidentally jumping to the last cell in the last column, when pressing the Up and Left arrow keys in the A1 (0, 0) cell.

Third, we added default font-family, font-size, font-weight, and color properties for all elements within the .handsontable CSS class. This makes Handsontable look better out of the box.

As promised, we’re continuing to improve the Handsontable documentation. In the Handsontable 10.0.0 release, you’ll find that we rewrote a few guides from the ground up (e.g. Configuration options or Column summary), made numerous upgrades to various API reference sections, unified inline comments, fixed some long-overdue inaccuracies, expanded and added code examples, and more.

As we introduced a few backward-incompatible changes, we prepared a migration guide that takes you through upgrading from Handsontable 9 to Handsontable 10 step by step. You can check it out here.

You can find detailed release notes for this and previous Handsonable versions here.