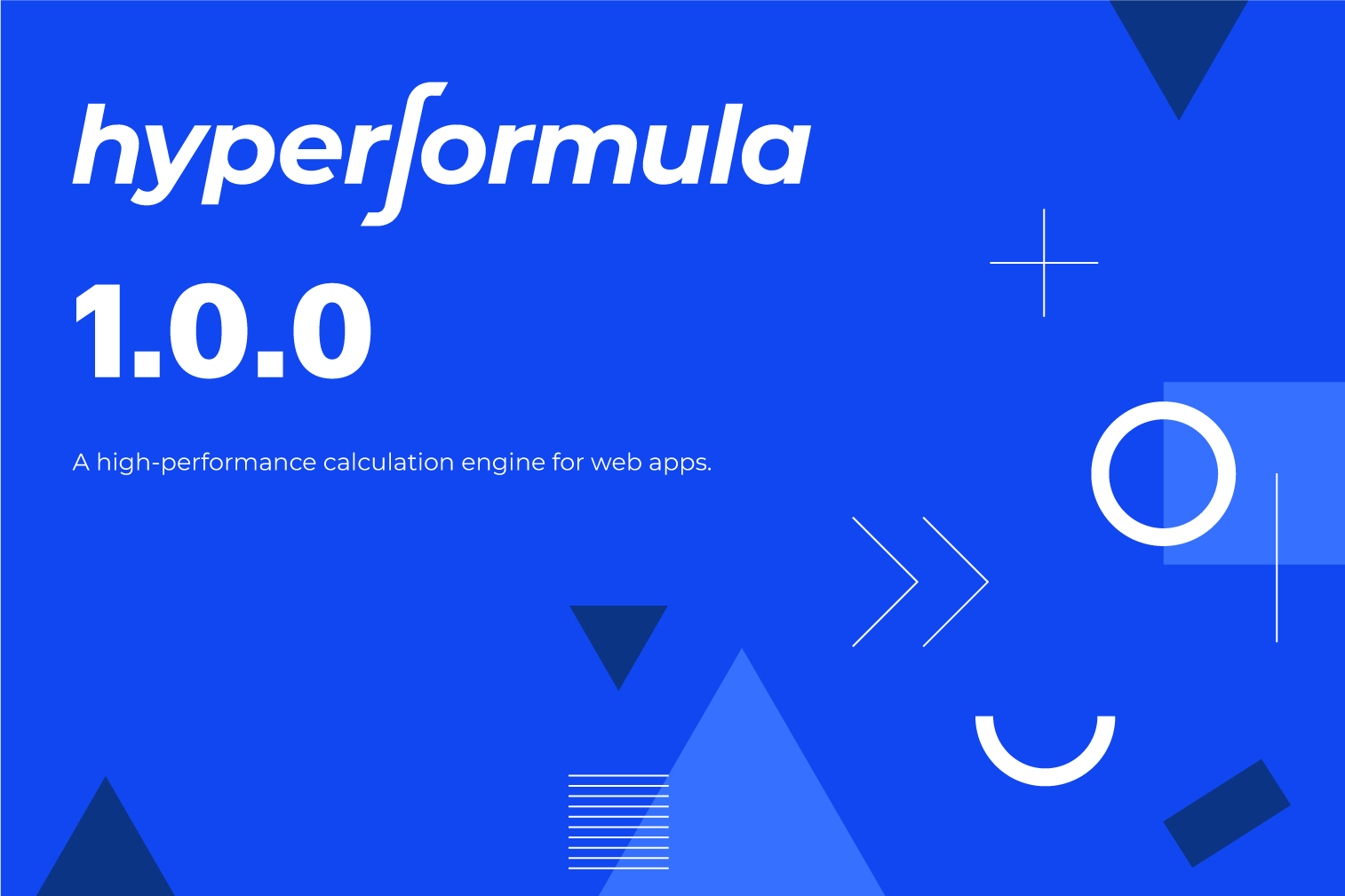 We just rolled out HyperFormula 1.0.0: a JavaScript, headless calculation engine with spreadsheet-like notation, developed by the same team that’s responsible for Handsontable.

Initially planning it as a plugin for Handsontable, we soon realized that what we were developing presented many more possibilities, and we shifted to launching it as a new tool, totally independent of Handsontable.

Within our last milestone before the 1.0.0 version, we added array formulas. It’s been a truly great finish of the 3-year-long adventure.

Since version 0.6.0, we have fixed some bugs and added new features. Now, you can:

To let you operate on arrays of values, similarly to Google Sheets and Microsoft Excel, we’ve introduced a new array arithmetic mode. This means that now you can:

Read more about arrays in the HyperFormula documentation.

Because of the array formula changes, we removed the matrix formula notation ({=FORMULA}), removed numerical matrix detection, and changed the naming of some array-related methods, exceptions, and configuration options. For details, see this migration guide and the Breaking changes section below.

Some of the changes we made modify the way you interact with HyperFormula, so there’s a chance you’ll need to change your application’s code.

To successfully upgrade from version 0.6.x to 1.0.0, see this migration guide.

The library is written in TypeScript, and it supports major JavaScript frameworks such as Vue, React, and Angular. You can use it in a browser or as a service, or with Node.js.

HyperFormula comes with a library of 386 built-in functions translated into 16 languages, grouped into categories:

The functions use the A1 notation and are compatible with popular spreadsheet software like Microsoft Excel or Google Sheets, which means you can easily transfer your data and formulas between them.

HyperFormula covers most user-triggered actions such as CRUD operations, undo/redo, and clipboard operations. It also supports the use of cross-sheet references, named expressions, different data types, and custom functions.