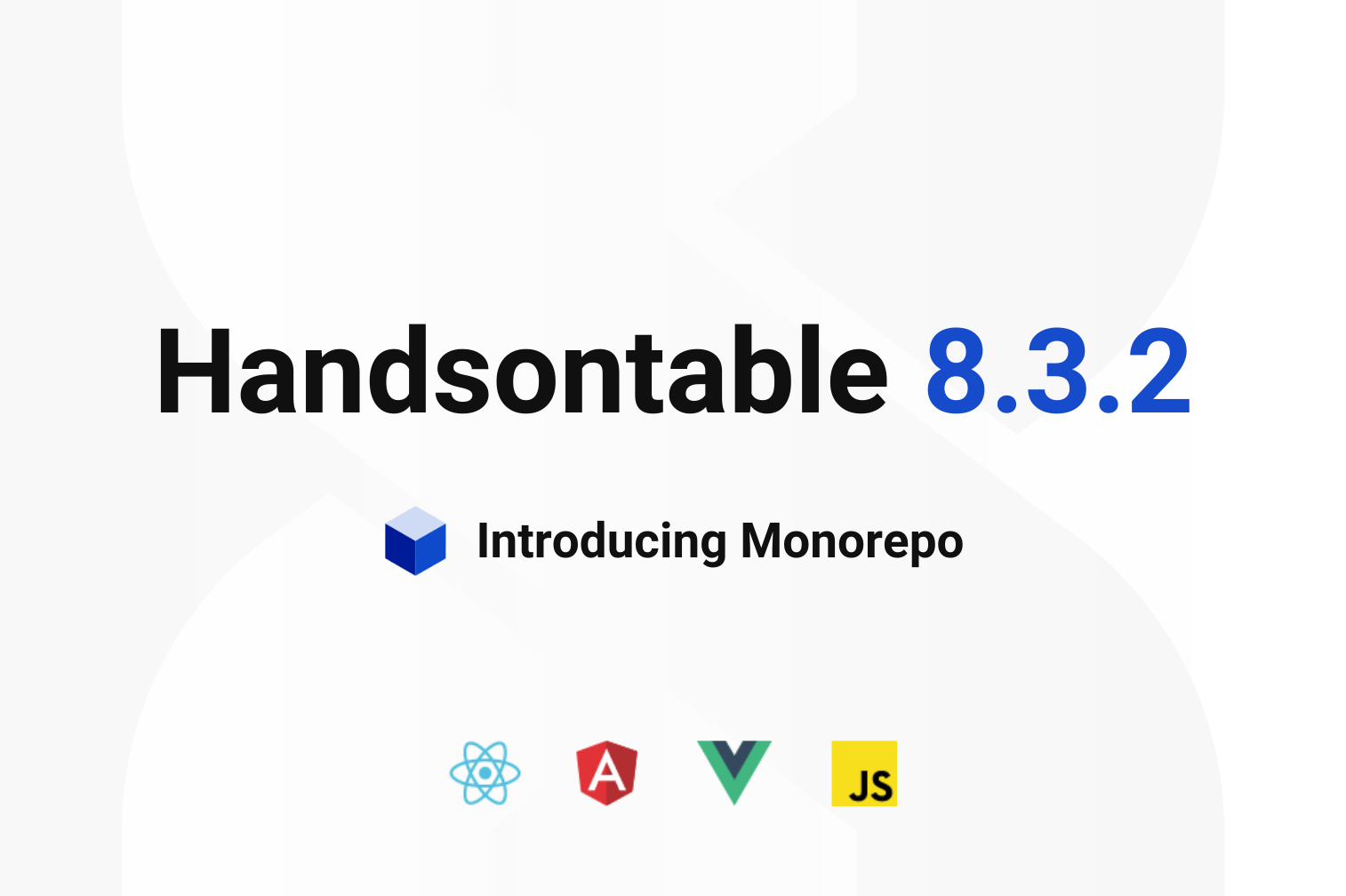 Today we’re placing Handsontable versions for JavaScript, Angular, React, and Vue, under one umbrella, in a monorepo. We would like to tell you more about this transition, and why it matters.

When JavaScript frameworks first entered the field, we immediately started to build wrappers for Handsontable and then placing each of them in its own repository. This worked well until we realized that we could no longer add any more frameworks because each one was taking a bite out of our productivity. We had to change something to be able to work faster and more efficiently.

So we asked ourselves how we could simplify the development process and after several brainstorms, we came to a conclusion that monorepo was a perfect fit for several reasons:

Naturally, there were some cons too but turned out to be negligible in comparison to all the pros.

We moved several repositories to the monorepo. These repositories are now marked as archived. Nothing has changed in terms of our packages in npm though, so there is no need to adjust your dependency configuration. See the table below for reference.

We unified the licensing terms for all Handsontable products, and now they are all available under either a non-commercial license or a commercial one.

We have two more projects waiting to be incorporated into the monorepo in the nearest future.

First, the new documentation engine, VuePress, which we successfully used in the HyperFormula project. Soon we’re planning to introduce the same, improved experience for all Handsontable users.

Our second project is an environment to help us speed up writing code snippets for demos in the docs and other places. Each code snippet should support JS and frameworks and needs to be thoroughly tested, which takes time. We’re especially excited about this one because, in the long run, it will significantly boost the experience developers have working with our documentation.

Besides the monorepo, we have been working hard on fixing issues and improving features. Below is a complete list of changes in version 8.3.2 released on March 16, 2021: