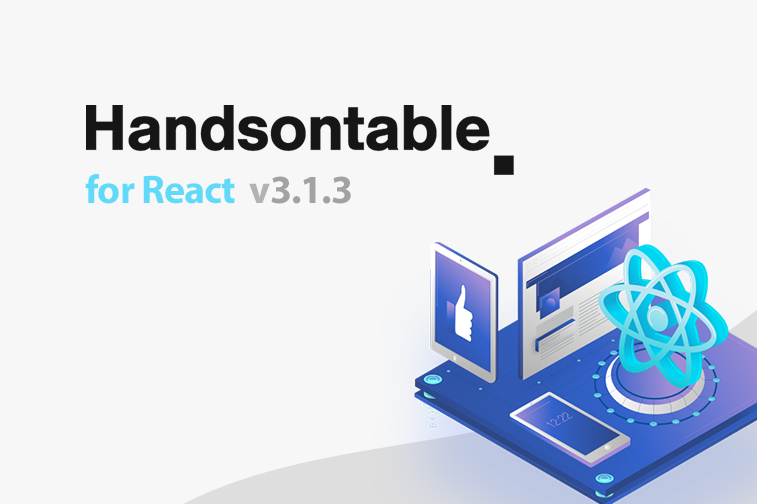 Today we’ve released version 3.1.3 of the Handsontable wrapper for React!

This release includes a fix for an issue where minification caused the wrapper to register only the first declared editor component. To fix this bug, all the mentions of `constructor.name` were removed, and the editor caching was rewritten to use the editor class itself, instead of its name.
The default editor container id (hot-wrapper-editor-container-*) was removed in favor of id, className and style passed to the editor components.

Apart from that, warn helper was moved directly to the React wrapper repository in order to fix an issue with failing builds, TypeScript error regarding to a use of HotTable was fixed and the addUnsafePrefixes method was moved to the component constructors to prevent issues with bad component type recognition. Additionally, Codesandbox CI configuration file was added to enable running test suites on each PR automatically.