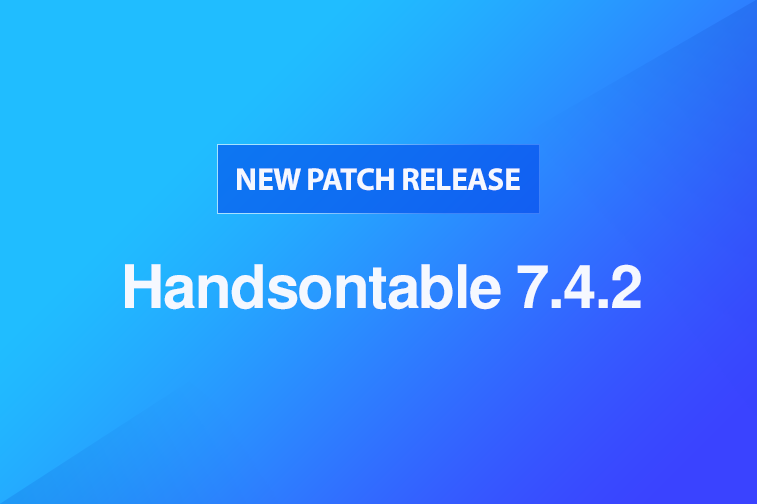 We’ve just released Handsontable 7.4.2. It contains an important fix for the mobile devices where the value could not be edited inside cells. It was due to the fact that hooks related to double click used to be triggered only via left mouse button and so it caused problems in devices that support touch events.

Apart from that, this release introduces a visual fix for internal styling of th and td where the white line used to appear at the bottom of a cell headers. Also, we fixed a problem caused by Chromium deprecating ShadowDOMv0, which resulted in Handsontable throwing an error after resizing the window (for the Angular wrapper).