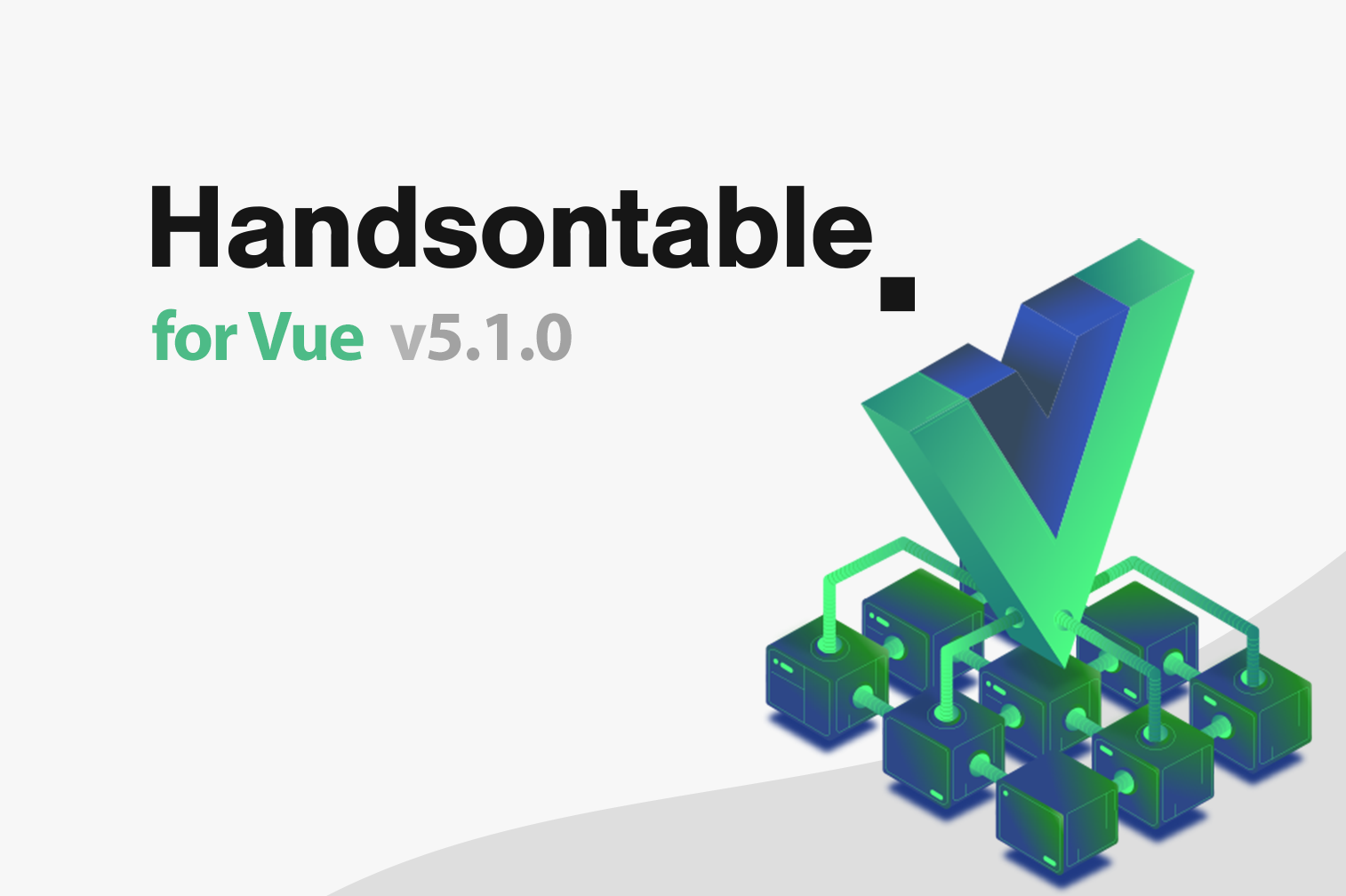 The new 5.1.0 version of the Handsontable wrapper for Vue has just been released! It adds an ability to pass different props for the different columns for the same custom editor component. There is also an important fix for the issue with three shaking for es build.

In previous versions of the Handsontable wrapper for Vue, you already could declare a custom editor for the HotTable component. However, this functionality had a slight limitation – there was no possibility to pass different props to more than one instance of a specific editor. Thanks to the amazing help (#178) of Jason Funk this is no longer the case! Now, you can freely define several custom editors of a kind, use them for different columns and props without any issues.

We also worked on fixing the following issues: