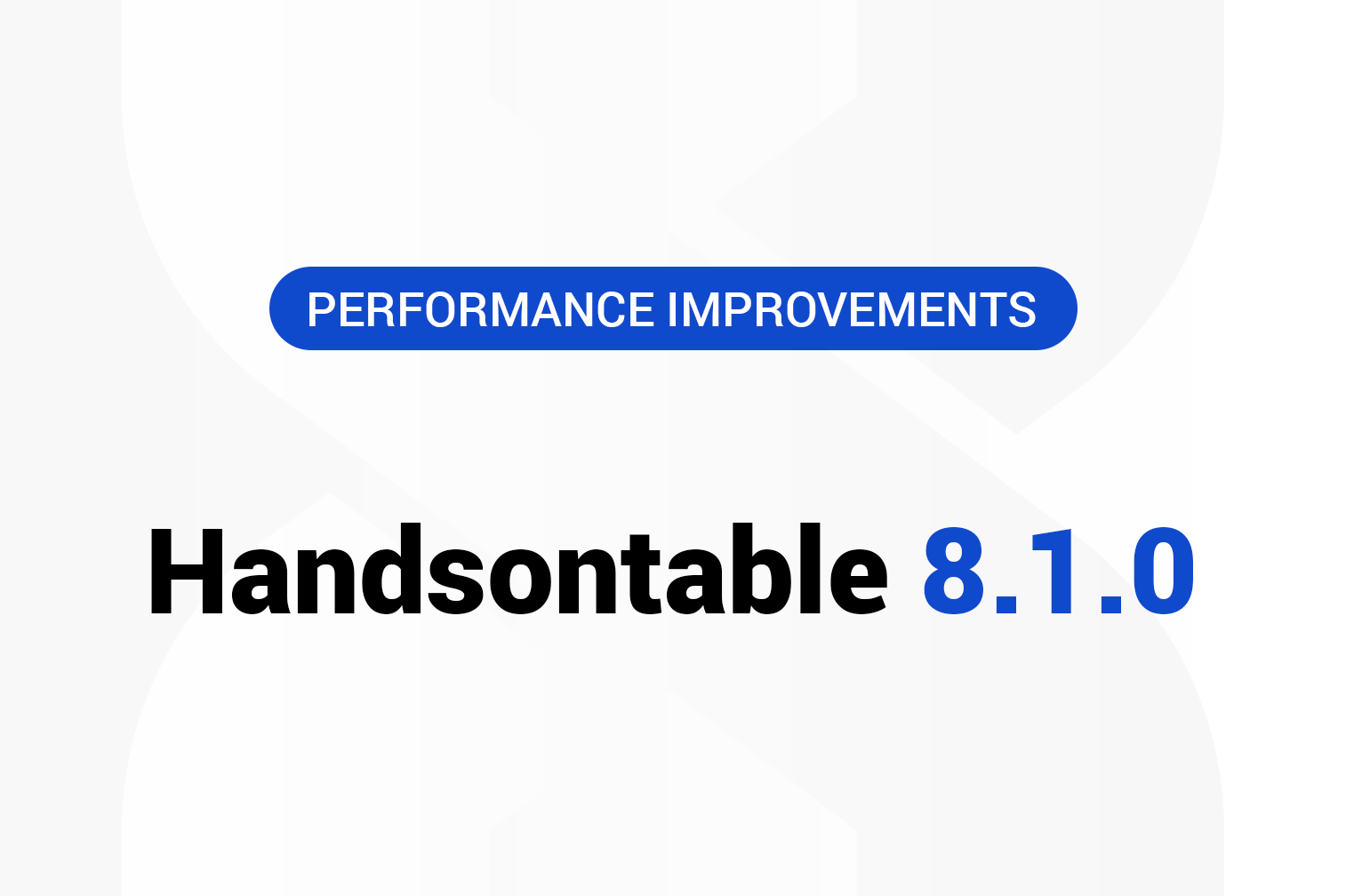 The new 8.1.0 version of Handsontable introduces the support for resizing the non-contiguous rows and columns and improvements to the performance of several plugins which is especially visible for large datasets. We also extended and reorganized the e2e test codebase, and did some additional enhancements.

Resize the non-contiguous rows and columns

This change was made possible thanks to the great help from the community member Siddharth Bhalgami, who improved our existing plugin and created a pull request (#7162). The new feature allows you to select non-adjacent rows or columns and resize them all at once. See how it works in action on the animation below:

We also worked on improving the performance of three plugins: Trim Rows, Hidden Rows, and Hidden Columns. We achieved a significant boost in execution time when working with a data set of 1.5M records with many trimmed and hidden indexes (#7223). It can be best observed when you filter, hide, or trim the rows and then trigger a reverse operation – you remove filtering, show rows, or untrim rows.

The following chart presents the average gain in performance when comparing this version 8.1.0 with the previous 8.0.0. We iterated the tests at least 5x using Firefox 79 on a MacBookPro, 15″, Mid 2015, i7 2.2 GHz, macOS Catalina. The data set consisted of 100k rows and 15 columns. The time of rendering was then measured with 100, 1k, 10k, and 50k trimmed rows. “Trimmed” rows are the ones that are hidden before the grid is rendered. 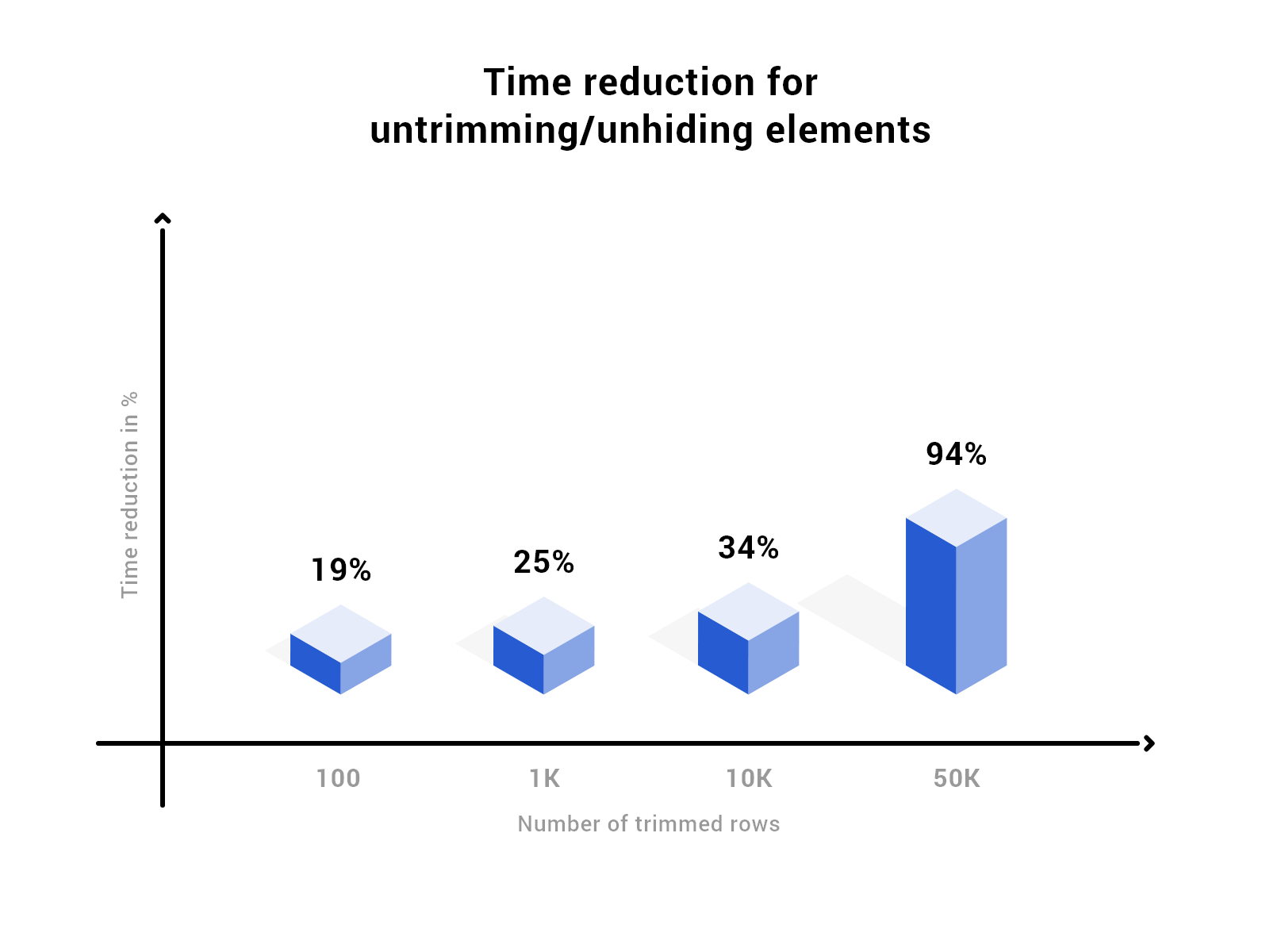 Other changes and fixes

We made some additional changes related to security and tests:

We recommend updating to 8.1.0 as it includes performance improvements which can positively affect the end-user experience of using the software.

If you still run on 7.x.x, we’ve prepared a migration guide that facilitates the upgrade.