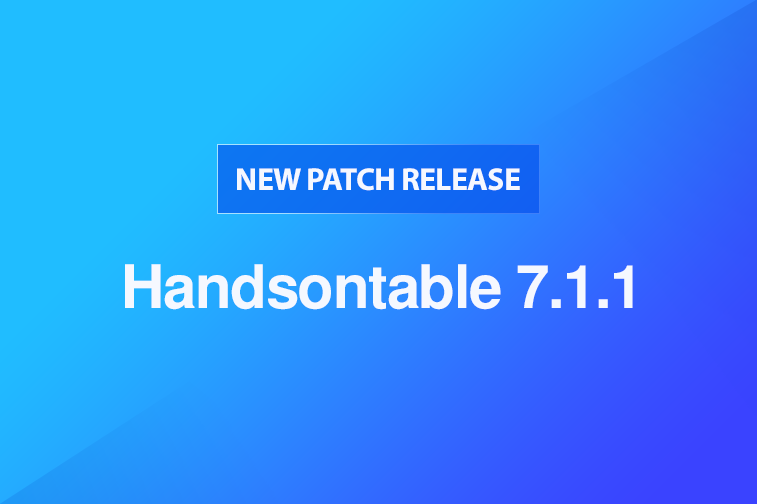 Today’s release of Handsontable 7.1.1 comes with many improvements. Notably, we’ve fixed a couple scrolling-related problems and resolved a performance issue with the Custom Borders plugin. We’ve also refactored the Walkontable table renderers, which is the first step in our bigger commitment to rendering performance. For all the details, check out the list below.