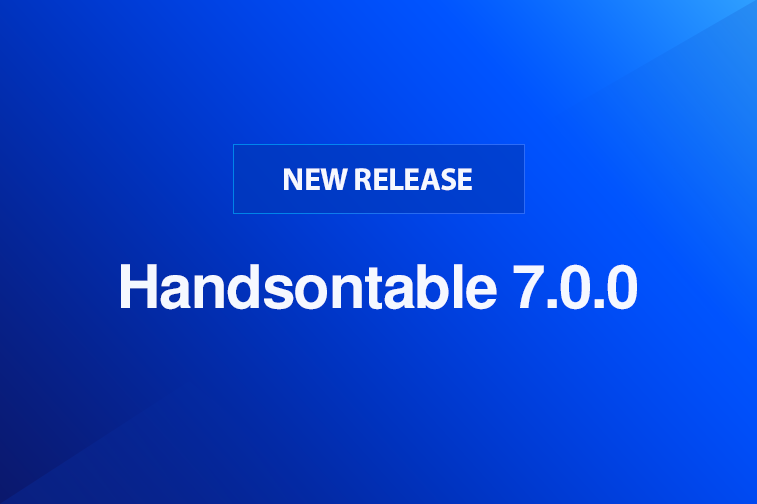 We’re very excited to be releasing Handsontable 7.0.0, as it comes with many substantial changes. The first one to mention is that Handsontable Pro has been merged with Handsontable CE, so starting with this version there is only one Handsontable. Additionally, the software is now “source-available” rather than “open source”, as we’ve replaced the MIT license with a custom free for non-commercial license.

On the technical side of things, Handsontable is now responsive! We’ve added the ability to define height and width using relative values such as %, vw, and vh.

One last thing to mention is that due to the merger of the Pro and CE versions, as well as the license change, we’ve had to bump the versions of our Angular, React, and Vue wrappers. Aside from that, there have been no other changes made to them.