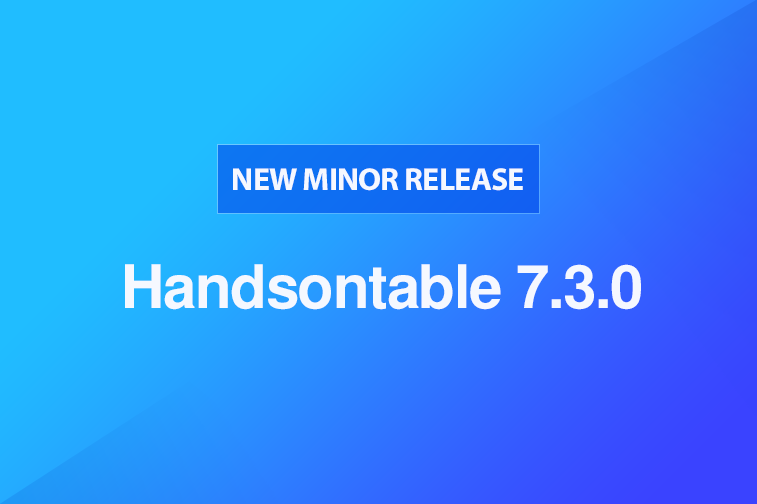 We are happy to announce that Handsontable 7.3.0 has just been released. This version introduces a new uiContainer option to be used inside of Context Menu and Dropdown Menu plugins. It allows declaring the location of the plugins’ DOM elements. The changes are followed by some smaller fixes and improvements.

It allows the user to add a reference to a DOM element that will serve as a container in which the whole Context Menu element will be placed. It comes in handy especially if Handsontable is instantiated in an iframe or other element that trimms the content.

Before the change, the area of an element was always trimmed. Now, after poitinig to a specific container, the element no longer slips under the frame:

Users are given the choice whether they want to set the option as enabled or not, based on the desired effect.

The very same effect is now reachable for dropdownMenu plugin:

Before and after comparison: