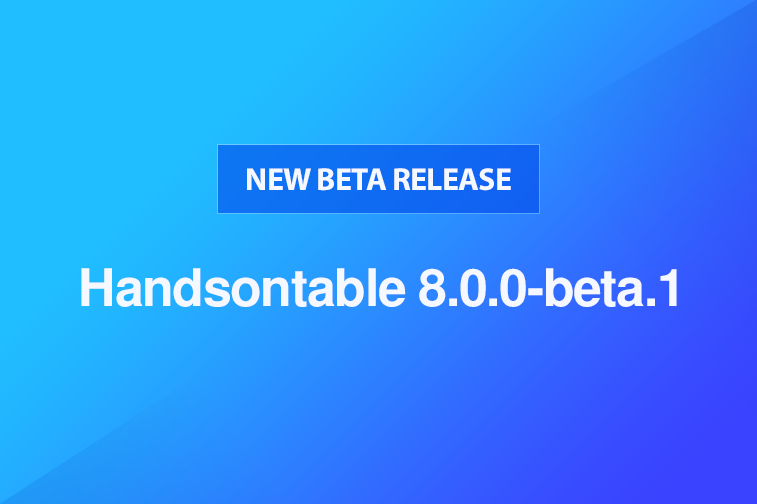 We are excited to announce that Handsontable 8.0.0-beta.1 has just been released. This version is focused mainly on a new row and column management that resolved the issues with imperfect calculation between physical and visual indexes. We are working on a stable 8.0.0 version along with a migration guide to provide a seamless upgrade experience.

The release includes changes from the upcoming 7.3.0 version: