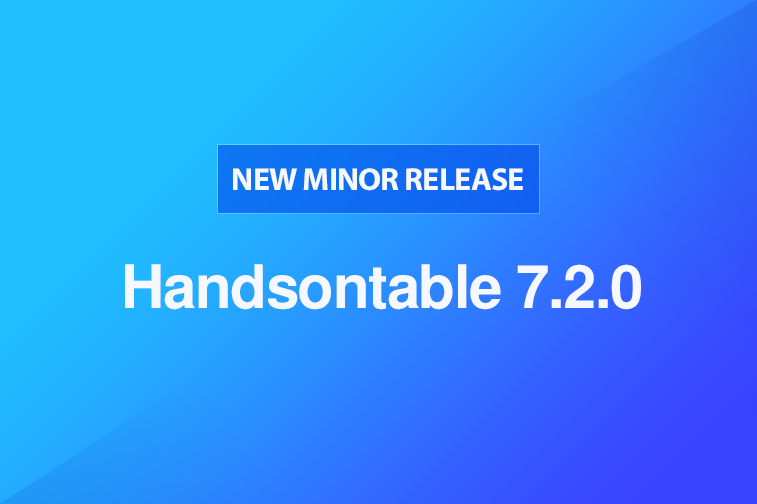 We’ve just released Handsontable 7.2.0. In this we focused on fixing many small but important issues. The Search Plugin gained a new argument in queryMethod containing more information about the cells being queried. We also updated the unsafe dependency packages and made some improvements to the TypeScript definition file. For other changes, check the full list below.