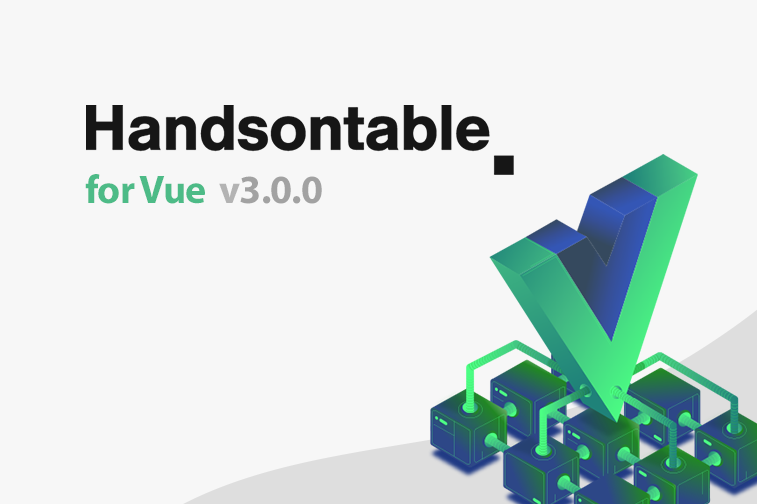 We’re happy to announce the release of version 3.0.0 of our Vue wrapper for Handsontable. Aside from some minor bug fixes and other enhancements, this new version includes a couple breaking changes that were made for the sake of compatibility and simplicity. We removed the on- prefixes from hook declaration names to make them more consistent with the main JavaScript configuration, and we changed the name of the root property to id.

We also see that TypeScript is being used more and more, so we’ve rewritten the wrapper in the language in order to reflect this movement. In doing so, we decided to include three additional builds (CommonJS, UMD, and ES) to make the migration more convenient. Check out the list below for more details.