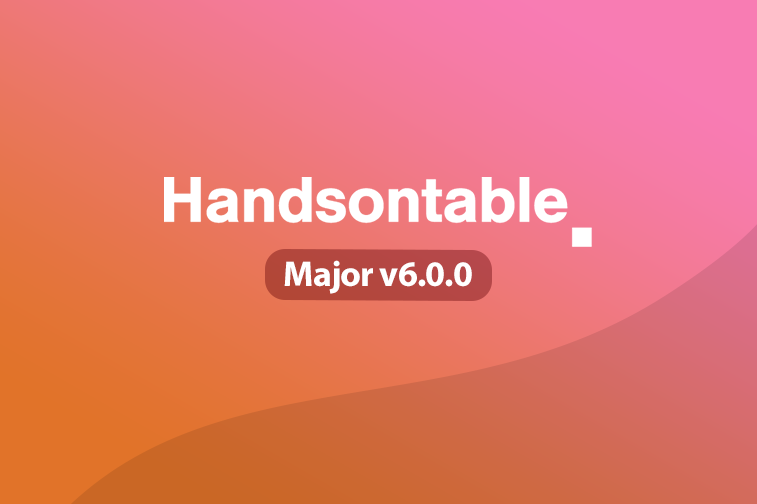 Today we’ve released v6.0.0 of Handsontable (CE/Pro). The Pro version features a brand new plugin, multi-column sorting, and its addition influenced multiple changes related to the UI and API. Regarding the former, we’ve replaced our old sorting indicators with new ones that more clearly identify whether data is being sorted in ascending or descending order (and they’re prettier too!). Naturally, we’ve also included numbers to indicate the sequence of the columns involved in the multi-column sort.

When it comes to the API, the columnSorting plugin was refactored to, well, make life easier for all of us. One of the changes is that the sort method in the plugin was reorganized. It’s now a pure function, so every call to it will set an entirely new sort order. Also, three new public API methods were added (getSortConfig, setSortConfig, and clearSort), while three others were rewritten, renamed, and set as private (getNextOrderState, loadSortingState, and saveSortingState).

One more change to mention regards the action of sorting a column by clicking on its header. Now, using the headerAction option, it is possible to disable this behaviour. For the rest of the details, check out the list below.

Apart from the breaking changes above, this release introduces some additional changes to the sorting plugin: