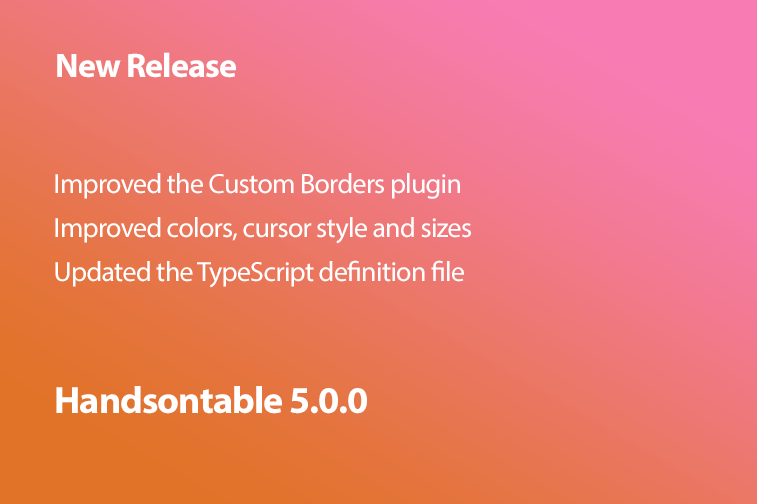 We are happy to announce that Handsontable (CE/Pro) 5.0.0. has been released. We focused mainly on fixing bugs and making small improvements to the layout of Handsontable.