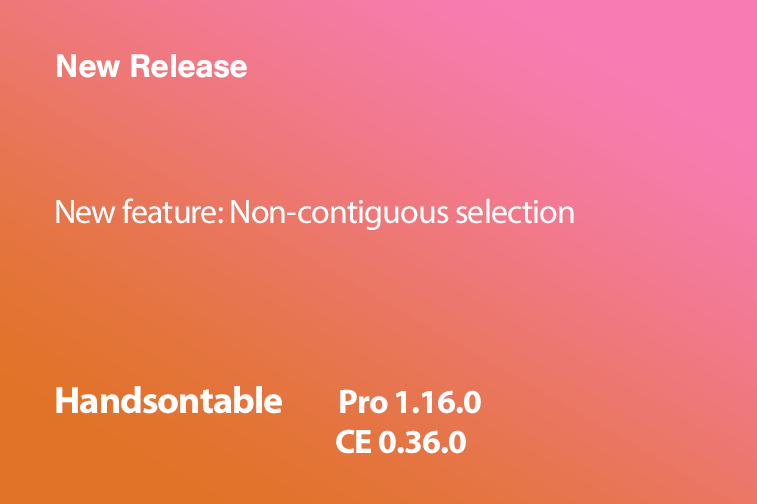 We are happy to announce that today we have released a new version of Handsontable. This version introduces a new feature called non-contiguous selection. It allows to select multiple, non-adjacent cells or ranges with mouse cursor or keyboard command. We also added new methods to the API making this feature a powerful tool. Read this tutorial to learn more.