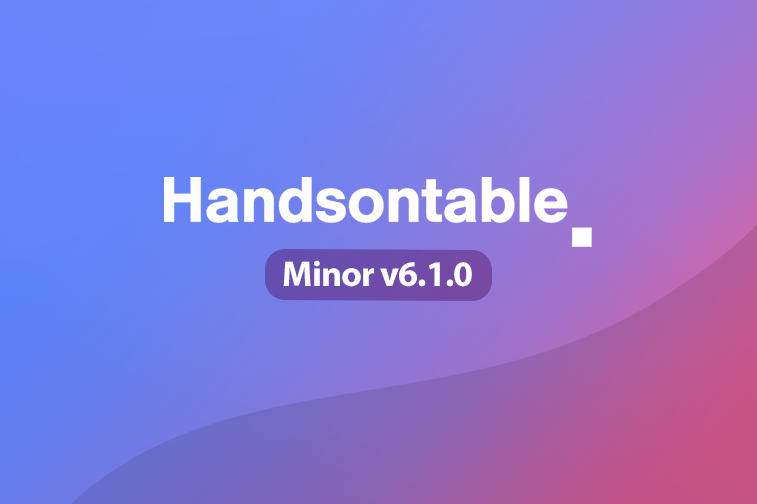 Today we’ve released version 6.1.0 of Handsontable (CE/Pro). Notable changes in this release are the inclusion of the fixedRowsBottom functionality in Handsontable CE, the introduction of a cool new functionality to the CopyPaste plugin (which prompted some bug fixes related to the plugin itself) and, with the help of our GitHub community, the addition of two new language packs: Dutch (special thanks to @slidertom, @webjazznl, @Gediminas, @RikTheunis, and @DjPasco) and Italian (special thanks to @imcatta, @giovannipessiva, and @DenialOfLupsy).